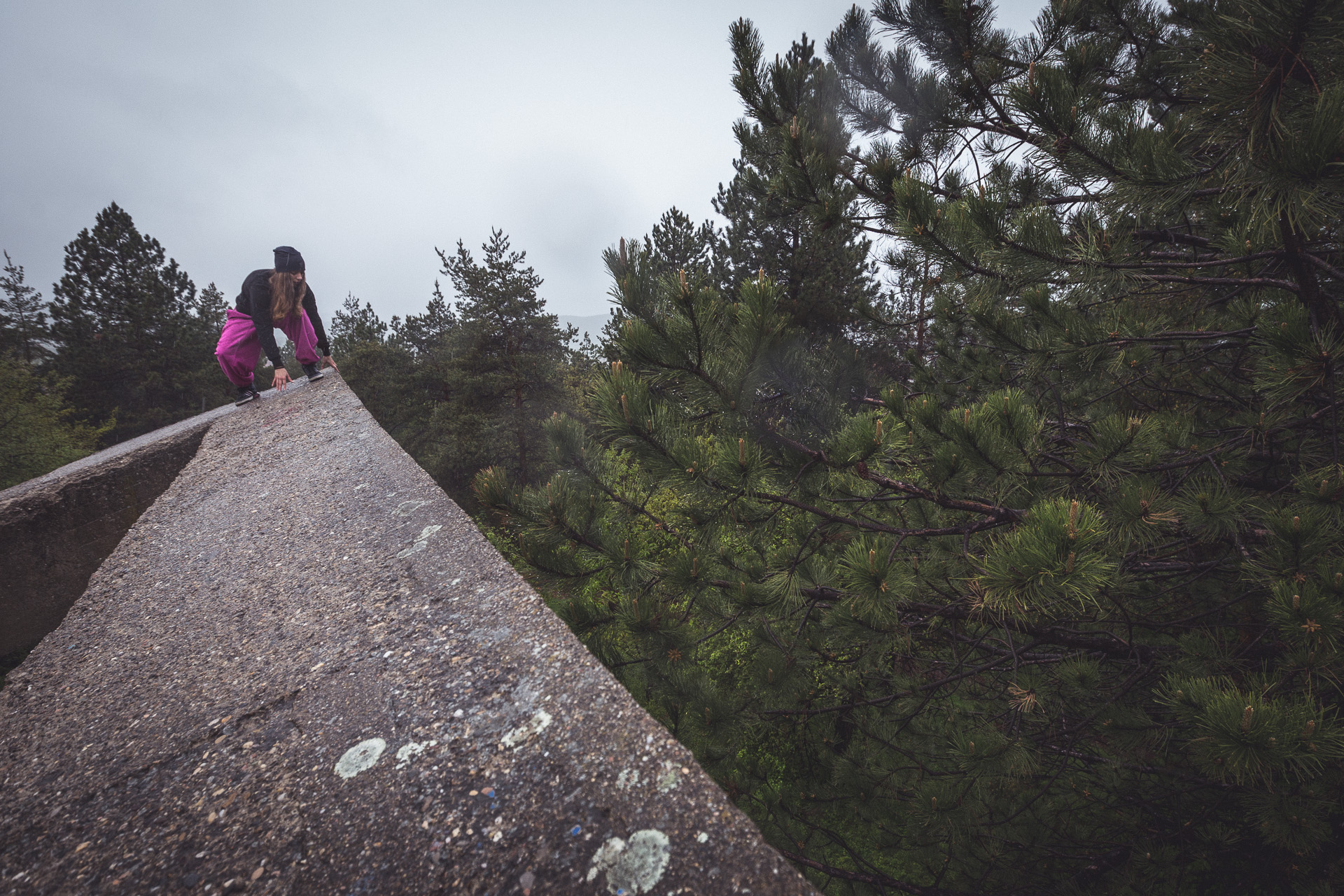 A Monumental Tour. Part One: Zaječar

In April 2017 I went on a week-long road trip across six (or seven) countries, crossing six international borders and discovering 14 amazing monuments, many hidden away in the Balkan wilderness. Sasa, Kosta and I covered more than three and a half thousand kilometres, had encounters with three different police forces, gave one bottle of urine to a customs officer, and took more than five thousand photos. 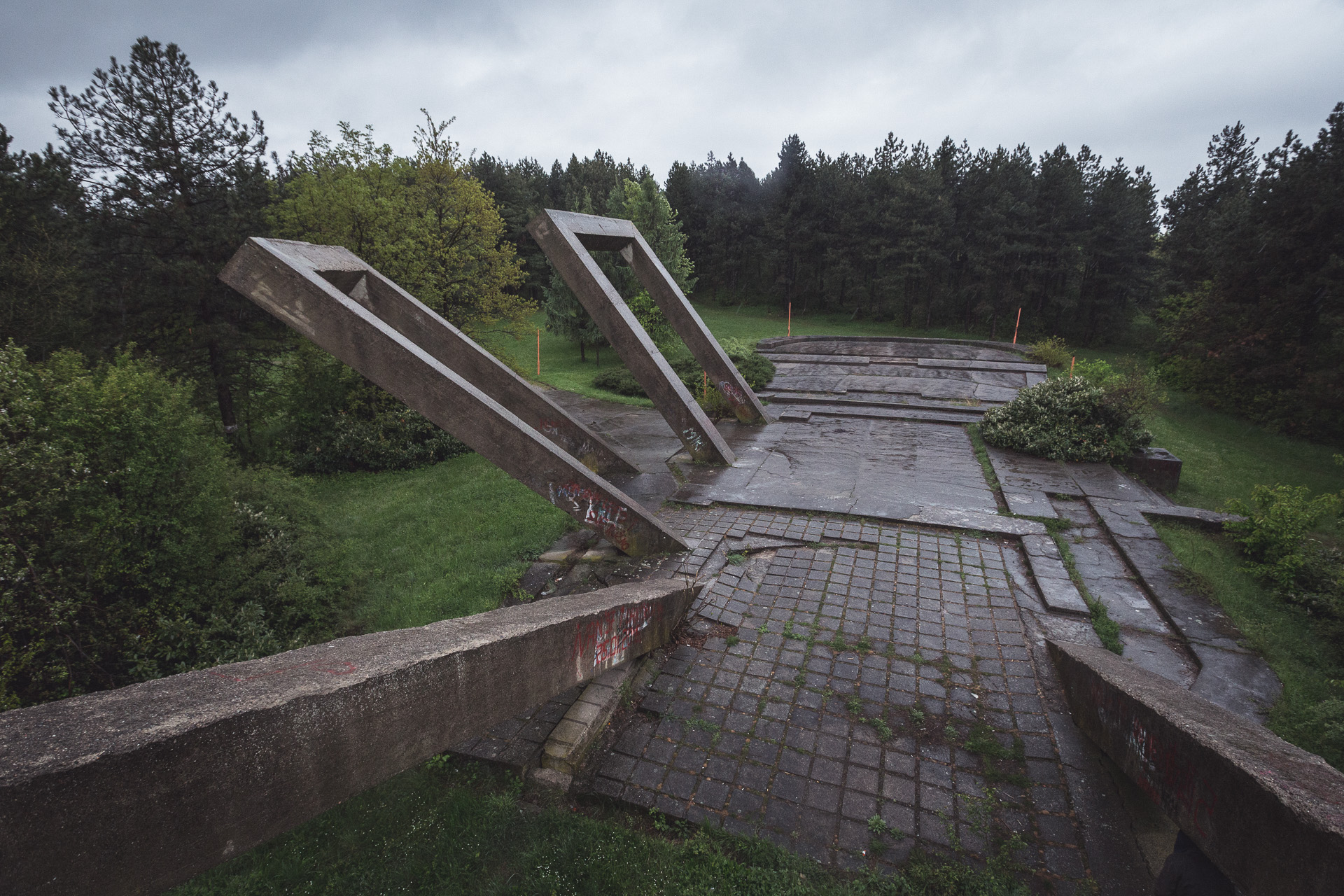 Our journey started in the faint, grey dawn of a New Belgrade morning in April 2017. At 5am, I stumbled downstairs from my friend’s apartment, having arrived from Italy at midnight the night before. Climbing into the car, Sasa was at the wheel and Kosta was pretending to be awake on the back seat. All road trips should start this way.

A few hours later we parked on the outskirts of Zaječar in the pissing rain. It was cold, we were shivering, but we were also too excited to care. Joined by Aleksandra, Uros and Milan, we’d just spent almost an hour trying to find the right path, venturing off-road before finally finding our empty car park.

We were seeking out the monuments – aka ‘spomenik’ – of Former Yugoslavia, hoping to visit as many as possible in the space of a week, and meeting up with some local parkour people en route. Zajecar was our first, and, despite the weather, it didn’t disappoint.

The monuments of former Yugoslavia are curious and complex, and no description of them is ever adequate. They are lost, forgotten, maintained, loved, hated, remembered, ignored, vandalised, irrelevant, celebrated, neglected and abused. Does that list seem contradictory? Welcome to the Balkans. 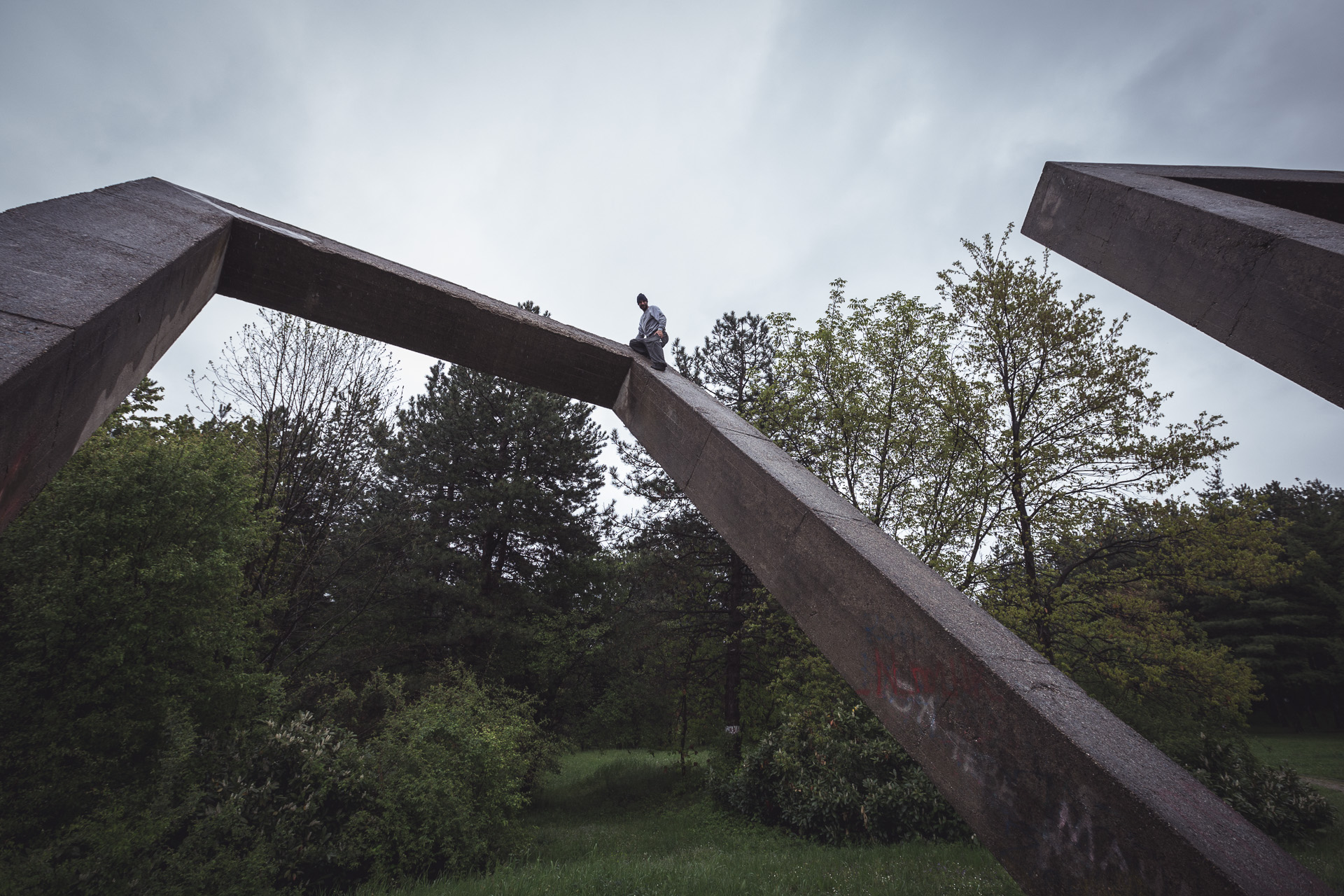 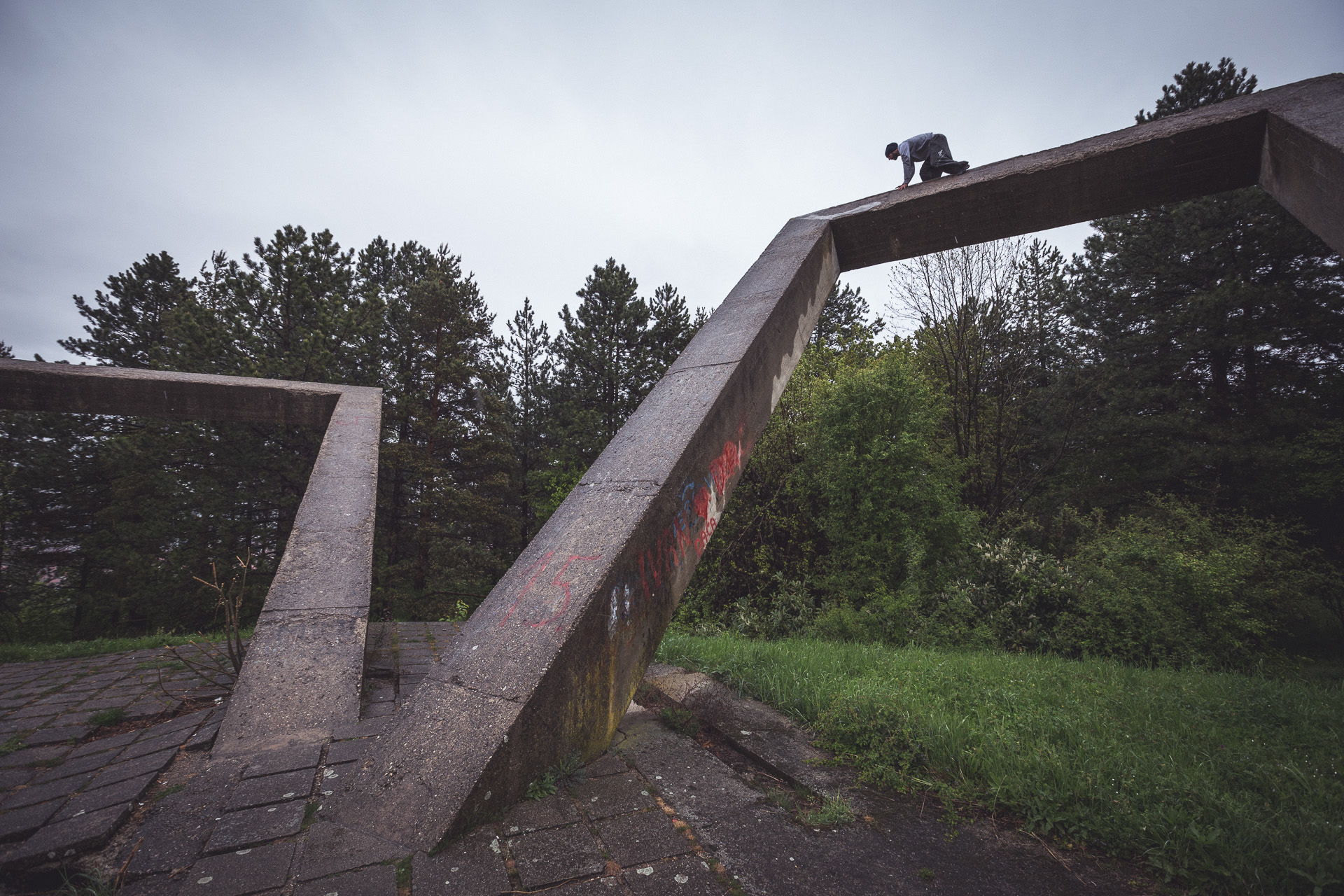 Built during the regime of General Tito, the monuments mark those who died resisting the Nazi occupation of Yugoslavia during the Second World War. Following the collapse of Yugoslavia, the presence of the monuments has become infinitely complicated by the emergence of 6 (or 7) countries and the unresolved politics of this restless region. All monuments bring baggage, and those in Former Yugoslavia carry more than most.

That morning, the early start and the persistent wind and rain added to the sense that few people visit with the intention of remembering those that were hanged here on Kraljevica Hill in September 1941. Which is not to say that they don’t; many of these sites may seem forgotten – the graffiti, the dilapidation, the remote locations – but this can be misleading. More often than not, acts of remembrance are invisible, happening in spite of what is seen.

Encountering one of these ‘spomenik’ for the first time is always an emotional and physical experience. Teased by pictures on the internet, their abstract and incredibly unlikely forms inspire both awe and confusion, deeply moving when experienced in the flesh. It’s glee, bewilderment, nostalgia, a weird frustration at their unfathomable politics, and a strange irritation that there’s no way of making someone else understand what it’s like. I can try to recreate that feeling through the photographs but, like any images, they fall short.

Our hands went blue and our feet kept slipping, but we explored. The three concrete structures stood proudly in the rain, the tallest remaining impervious to our climbs due to the conditions. Kosta was upright but definitely not actually awake, retreating back to the car to become more horizontal before the rest of us also finally gave up due to the cruel wind.

An hour later we were sitting drinking hot chocolate in the nearby town, a bit too weather-beaten, tired and rushed to be able to take it all in. Wide-eyed and sleepy, we said goodbye to the traceurs that had joined us and got back on the road. It wasn’t even lunchtime and that day still had more in store – spinning the car 360 degrees somewhere in the twisting roads of southern Serbia, and nearly shattering Sasa’s heel on the roof of a mausoleum in Macedonia.

Day one of the road trip had only just started. 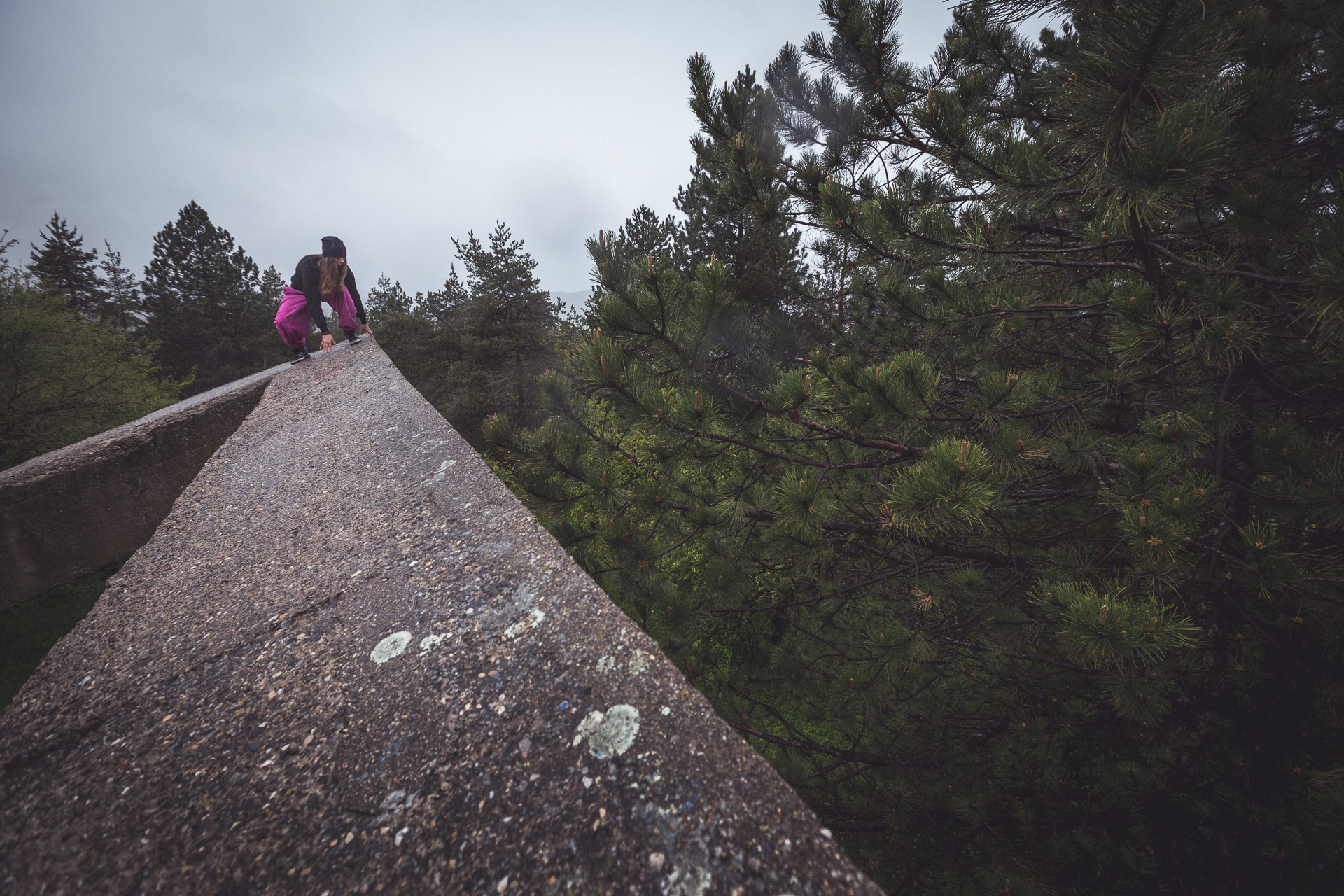 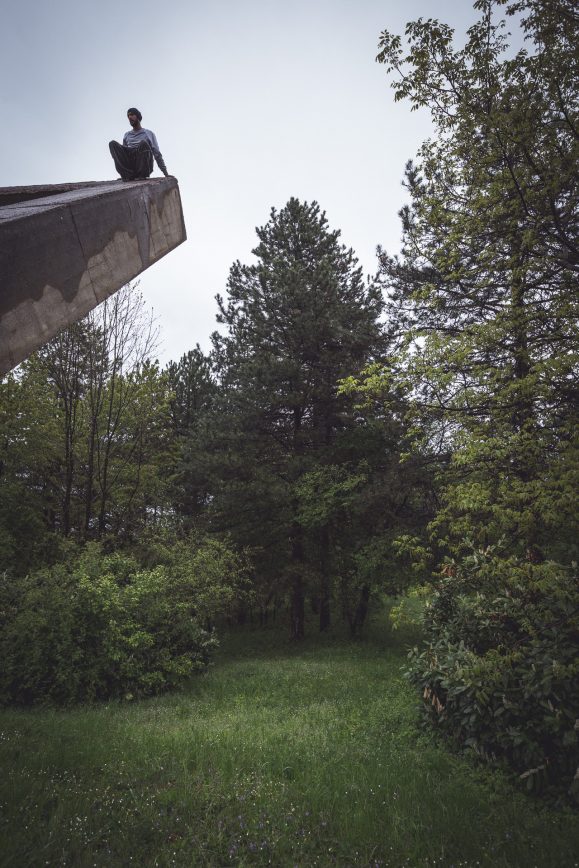 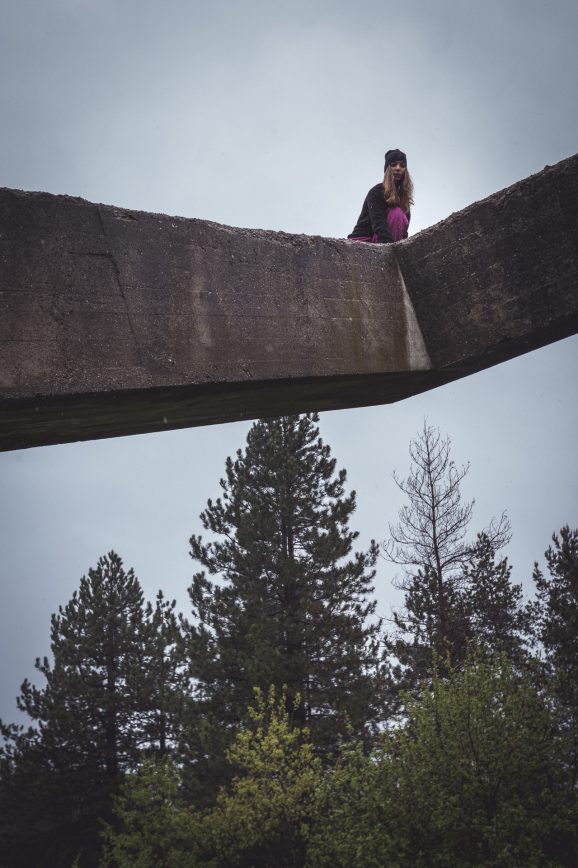