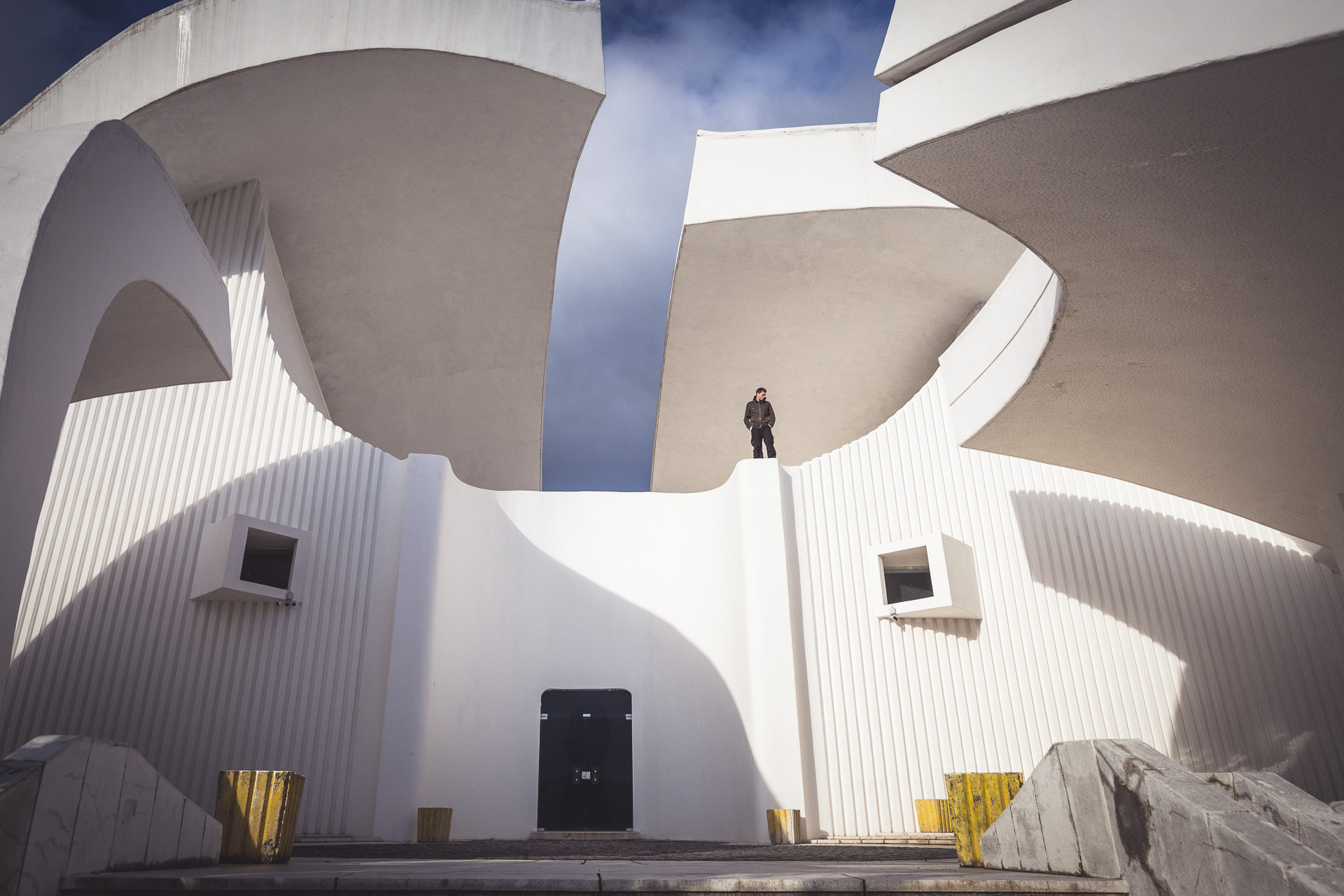 Part two. And still only day one. Having just driven 250km from Belgrade to Zaječar, we set off on our 330km journey south into Macedonia – or, the Former Yugoslav Republic Of Macedonia (FRYOM) to give it its full name. You know the politics is complicated when just the name of a place is problematic. 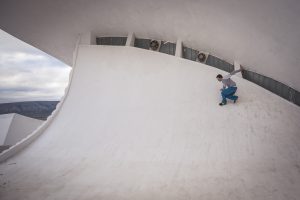 A few days before I arrived in Serbia, Sasa bought a car from Australia. Let me explain: Sasa was in Australia and bought a car in Belgrade, and having just returned from Australia, he was intent on driving it as though he had just stolen it. The roads in Serbia often wind through the hills and it was halfway around one of the many sharp bends that our car suddenly lost all grip and span a full 360 degrees. I braced myself mid-rotation for a neck-slapping impact that fortunately never came; instead, we span smoothly, efficiently, and slowly skidded to a halt, right in front of a police car – containing two policemen – parked at the side of the road.

We looked at each other, wide-eyed. Sasa pulled onto the dirt and slowly got out of the car to speak to the two police officers who had also stepped out into the rain. “You need to watch out or you’ll end up like this guy,” said one, pointing at the wreck of another car that sat a few metres from us, also interrupted whilst attempting the same bend. The remains of its bonnet was a mash of twisted metal, squashed into its front seats. That earlier accident had left a long trail of debris across the road, causing us to lose grip and perform an effortlessly dainty pirouette in front of the two slightly bored policemen. Quite why they’d not set up some signs to warn approaching vehicles of the debris and wrecked vehicle wasn’t clear. Maybe they weren’t quite bored enough.

A little shaken, we continued on our way, Sasa taking it slightly slower for at least ten minutes before rally mode was resumed.

Bizarrely, this was the day’s second encounter with the police and the only one that Kosta didn’t sleep through. That morning, not long after we’d left Zajecar, we spotted an aeroplane parked on the side of the road. Sasa and I investigated, leaving Kosta snoozing peacefully on the back seat. Just as Sasa got into the cockpit of the aircraft to pose for photos, a police car arrived and we both prepared ourselves for a difficult conversation and inevitable questions about car documents, who we were, and where we were headed. 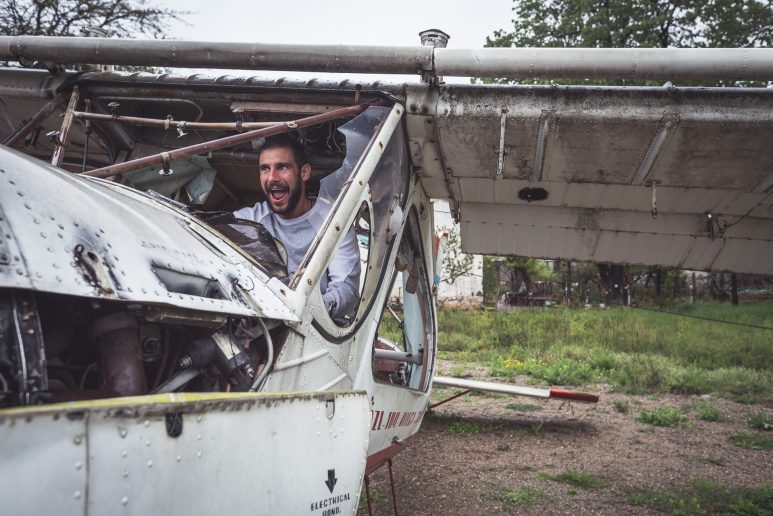 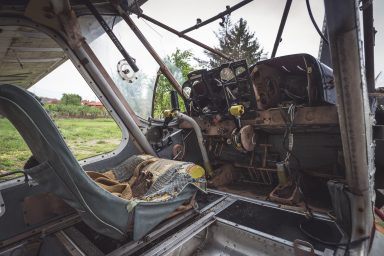 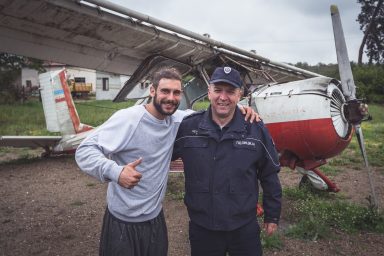 Just like pretty much every other Balkan country, Macedonia is incredibly beautiful and massively under-appreciated as a tourist destination. It has stunningly beautiful lakes, incredible rolling hills full of forests, and a rich and diverse history that takes visitors completely off the beaten path.

Our destination this time was Veles, just south of the capital, Skopje, where we were due to meet Aleksandar, Simon, and Venko. The memorial ossuary is immense, built in the late 70s in order to commemorate the expulsion of occupying forces from Veles during the Second World War. As an ossuary, it contains the remains of 87 partisan soldiers who died during the fighting in 1944.

When we climbed the hill to the monument, in my mind I was transported back to the surreal Concha Acustica that I visited with Stephane Vigroux and Blane back in 2010. Another politically sensitive structure, this beautiful white building in Managua, Nicaragua’s capital, was destroyed in 2014. By contrast, efforts are being made to repair the monument at Veles; over the years, the weather has not been kind, and other distractions – the collapse of Yugoslavia in the early 90s in particular – have meant that the building has fallen into disrepair.

The building also houses a museum which on this rainy afternoon was very much closed with no sign of ever being open. This gave us the freedom to explore, immediately heading to the roof to gain the best view of the town in the valley below us, and the rather appealing roof-gap being eyed up by Sasa. Most of the walls were damp and slippery but the roof was catching enough of a breeze that Sasa felt it was worth attempting.

Sasa made the jump. It didn’t go well for him, smashing his heel on the curved landing and leaving him in a lot of pain. To make matters worse, my photo was not great – poorly composed, not straight, and badly timed. I needed Sasa to repeat the jump but Sasa was sat back at ground level wondering if he had just shattered the bone in his heel and deciding whether it might need a trip to a hospital. There was no second jump.

Aleksandar, Venko and Simon, local traceurs from Skopje, had joined us to explore Veles, all happy to brave the shitty weather and discover this remarkable building. Understandably, none of them fancied Sasa’s roof-gap and I don’t blame them.

Sasa, being Sasa, is keen to go back.

One near-death experience, two encounters with Serbian police, and a trip to a Macedonian hospital only to decide that an x-ray was too expensive. Sasa was limping for the rest of the trip. Day one finally came to an end without any further excitement. Thank god. 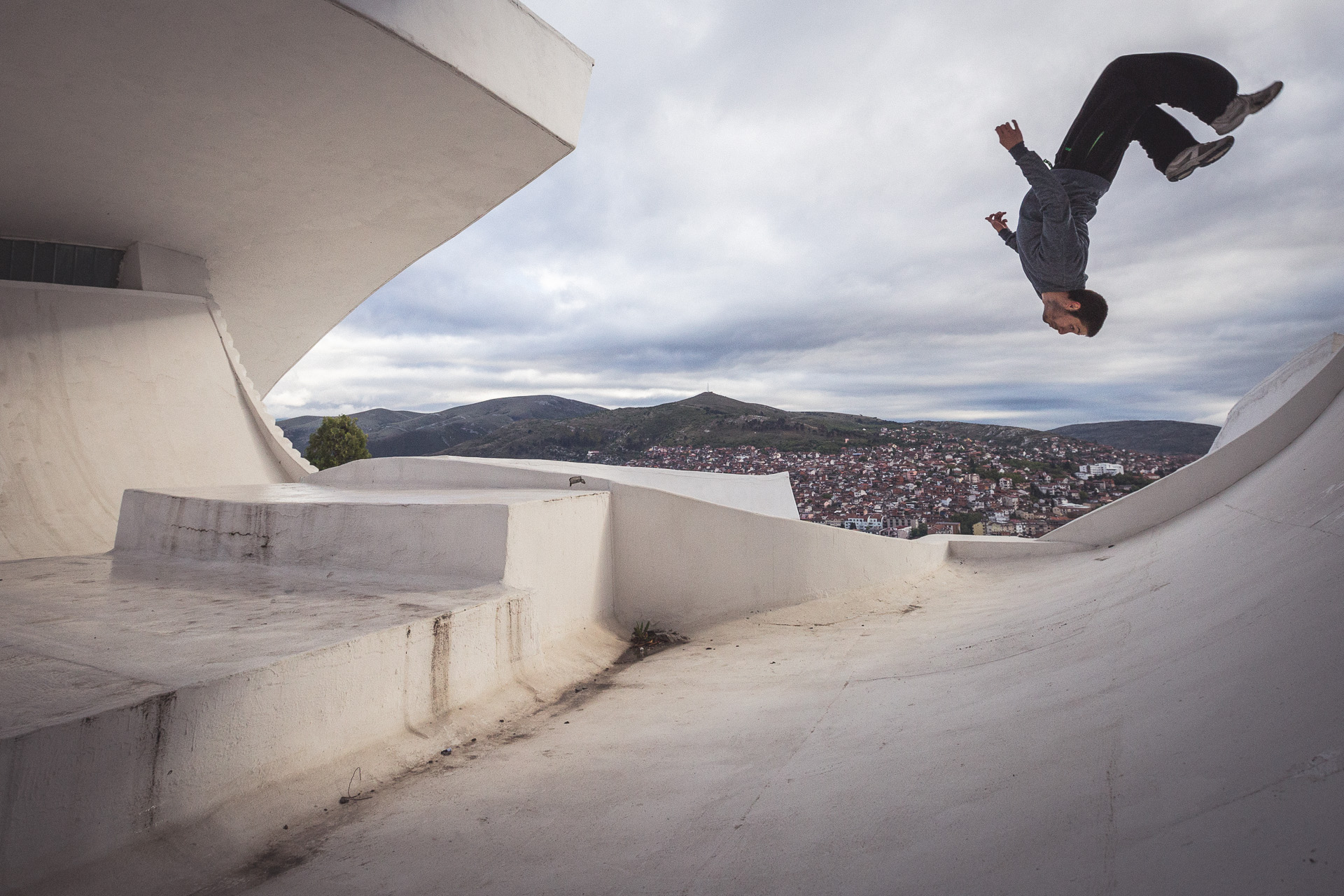 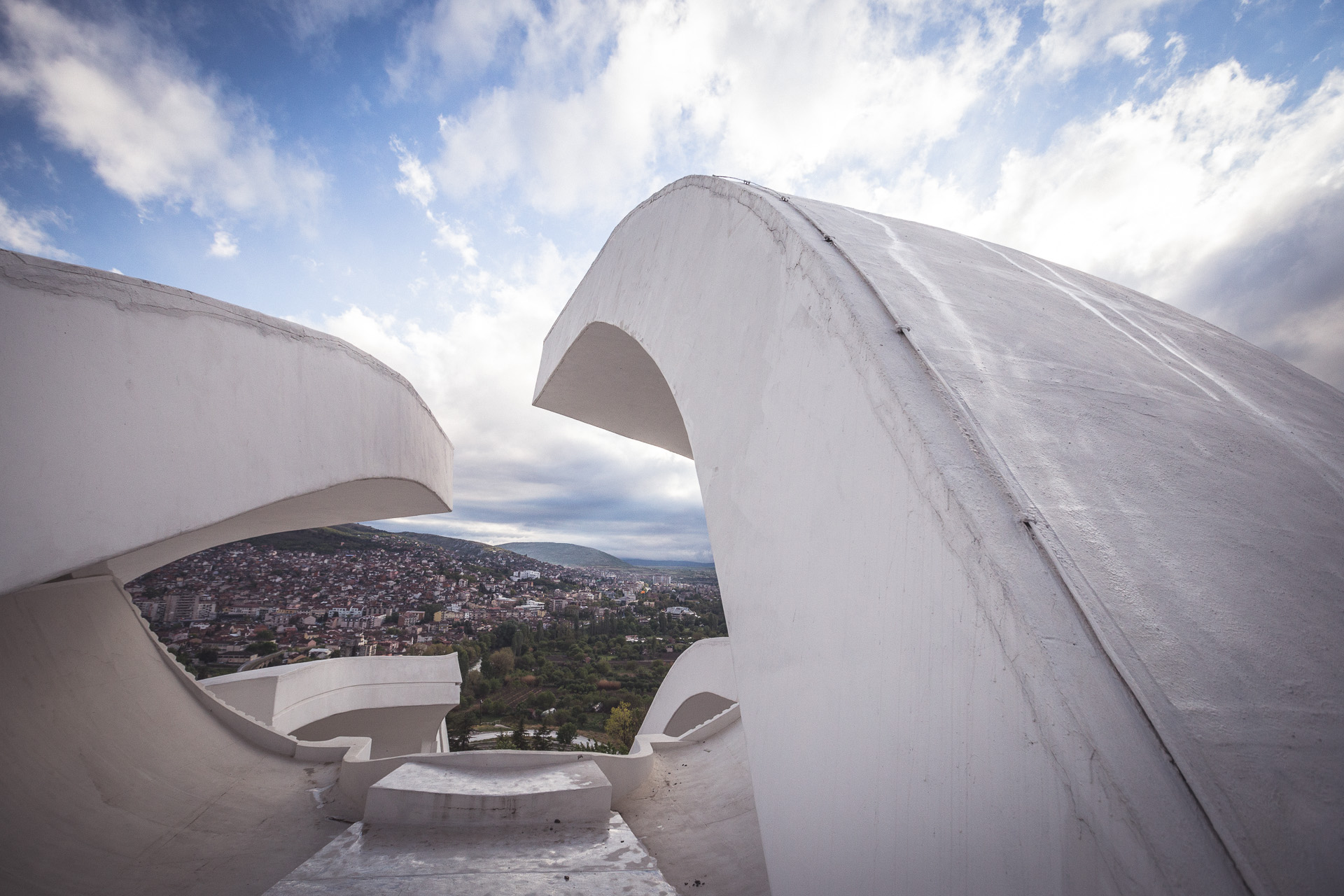 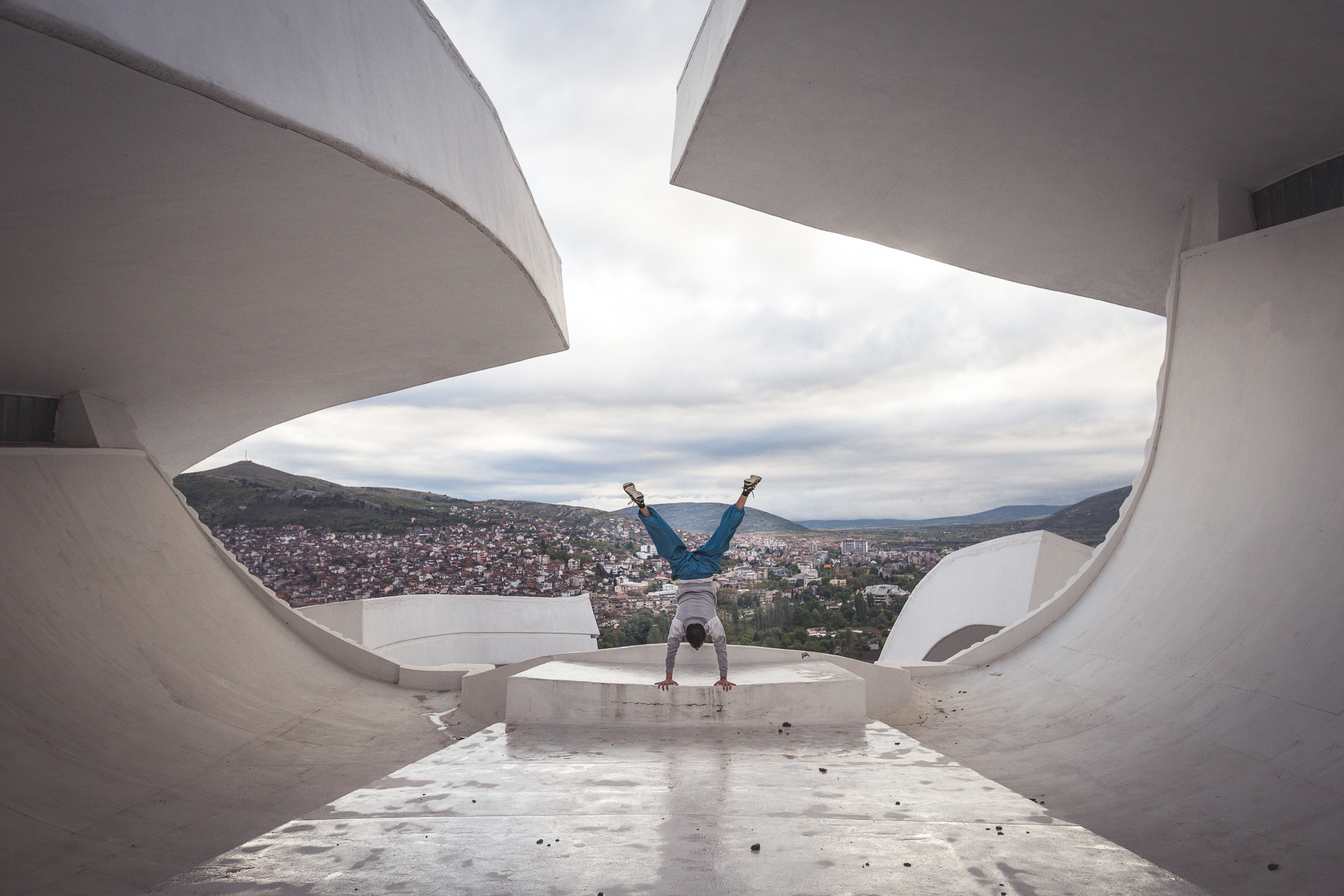 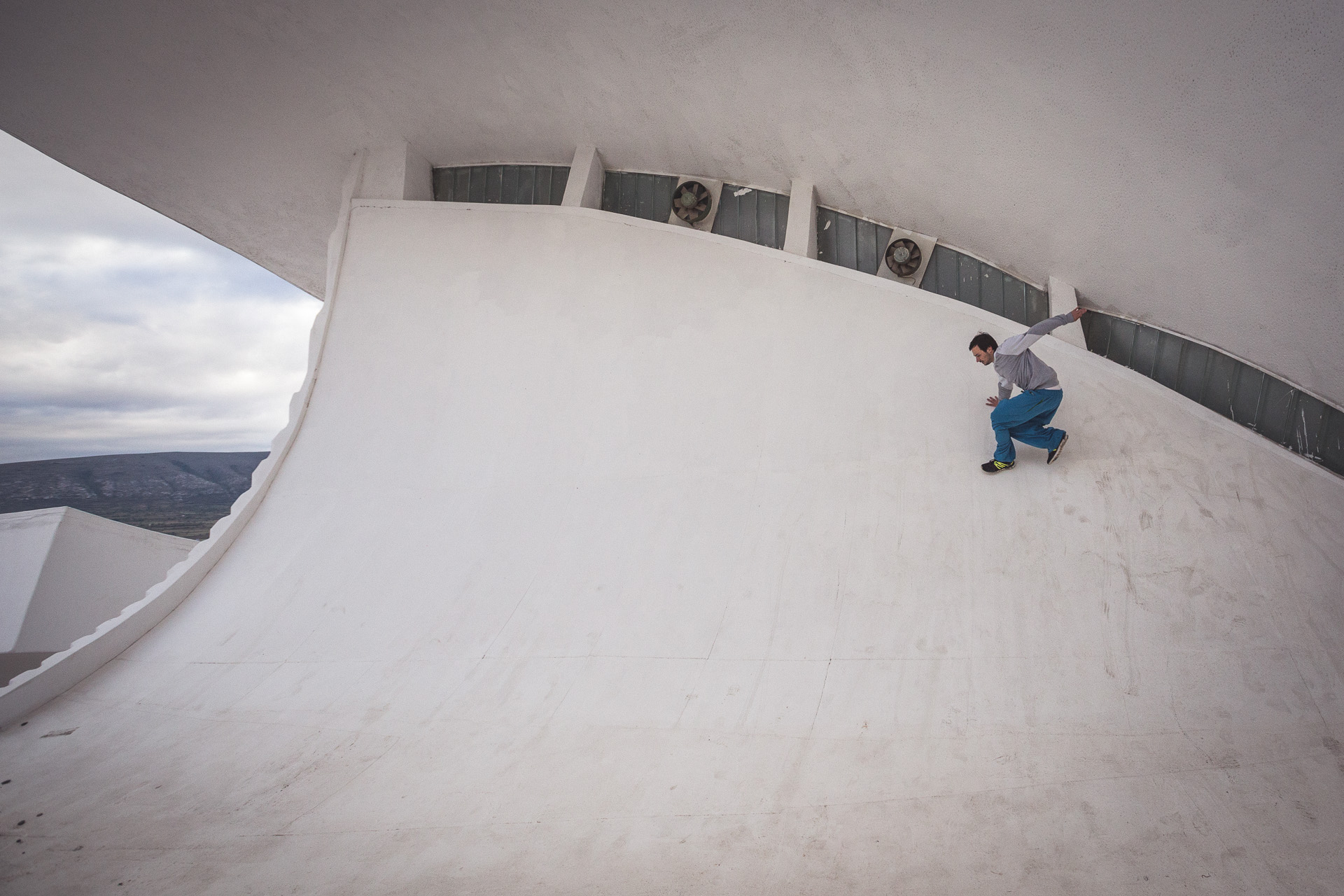 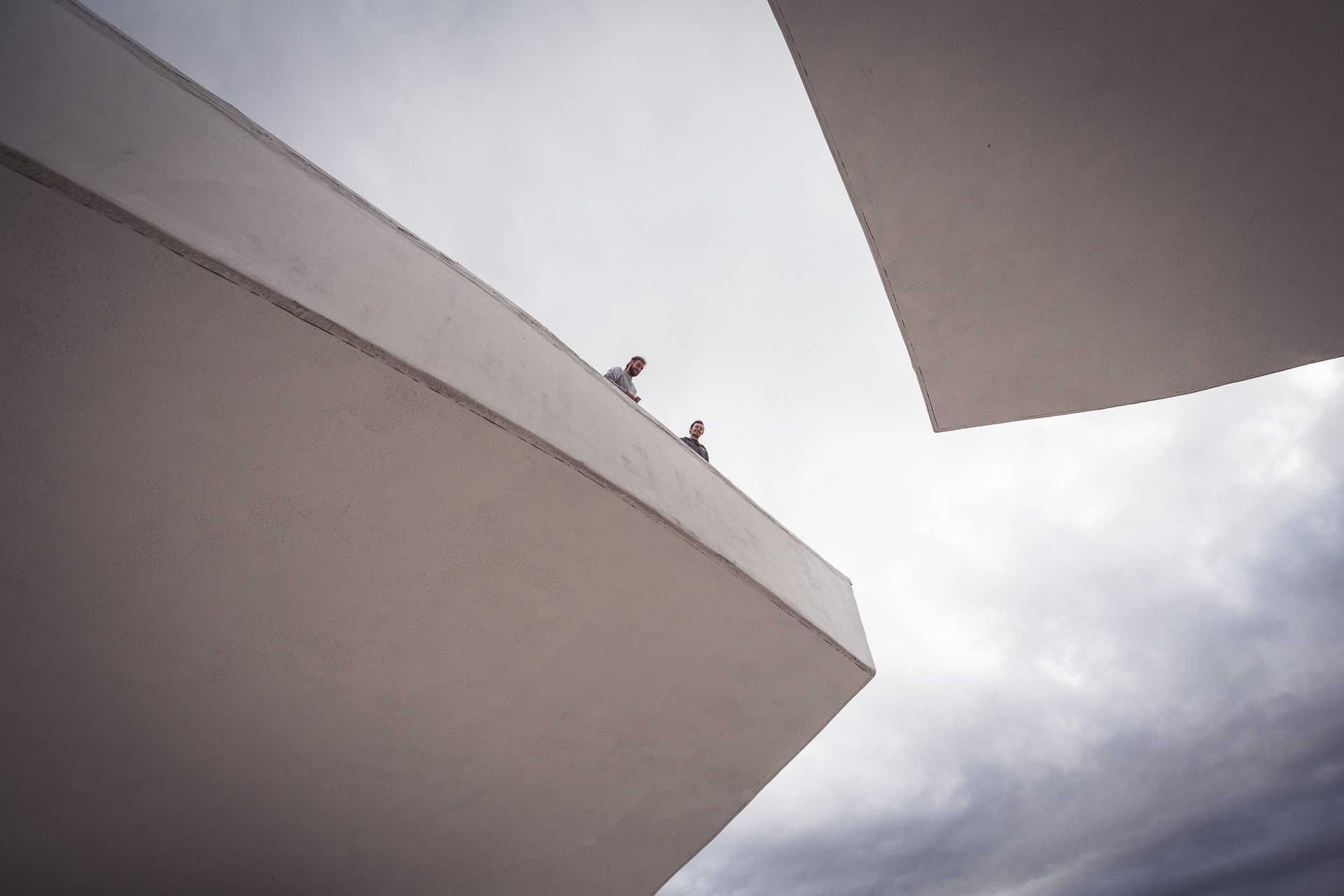 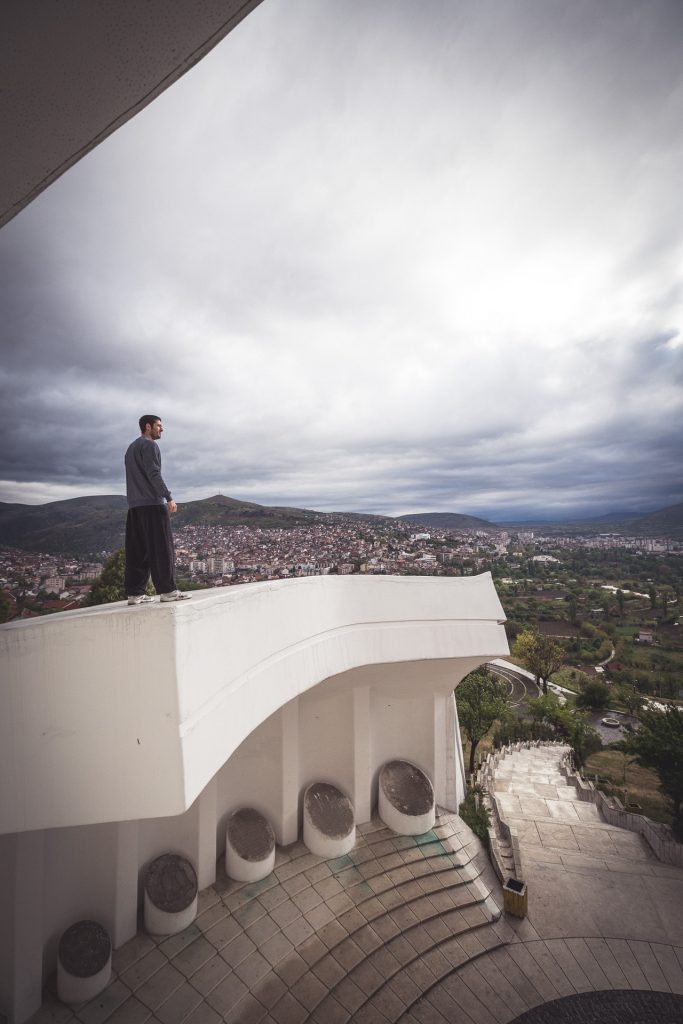 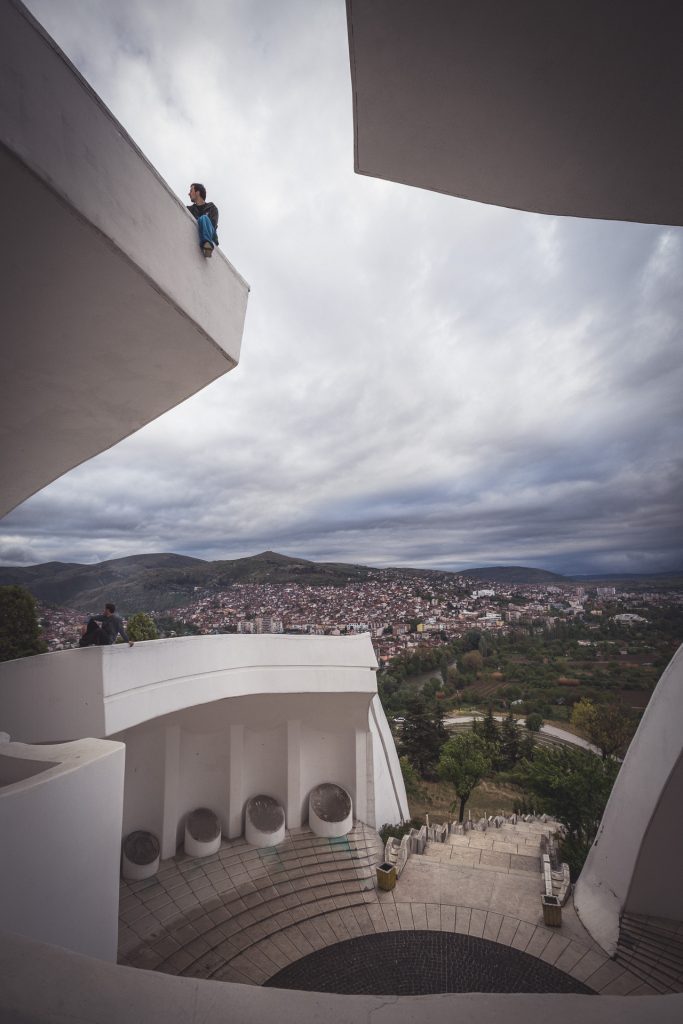 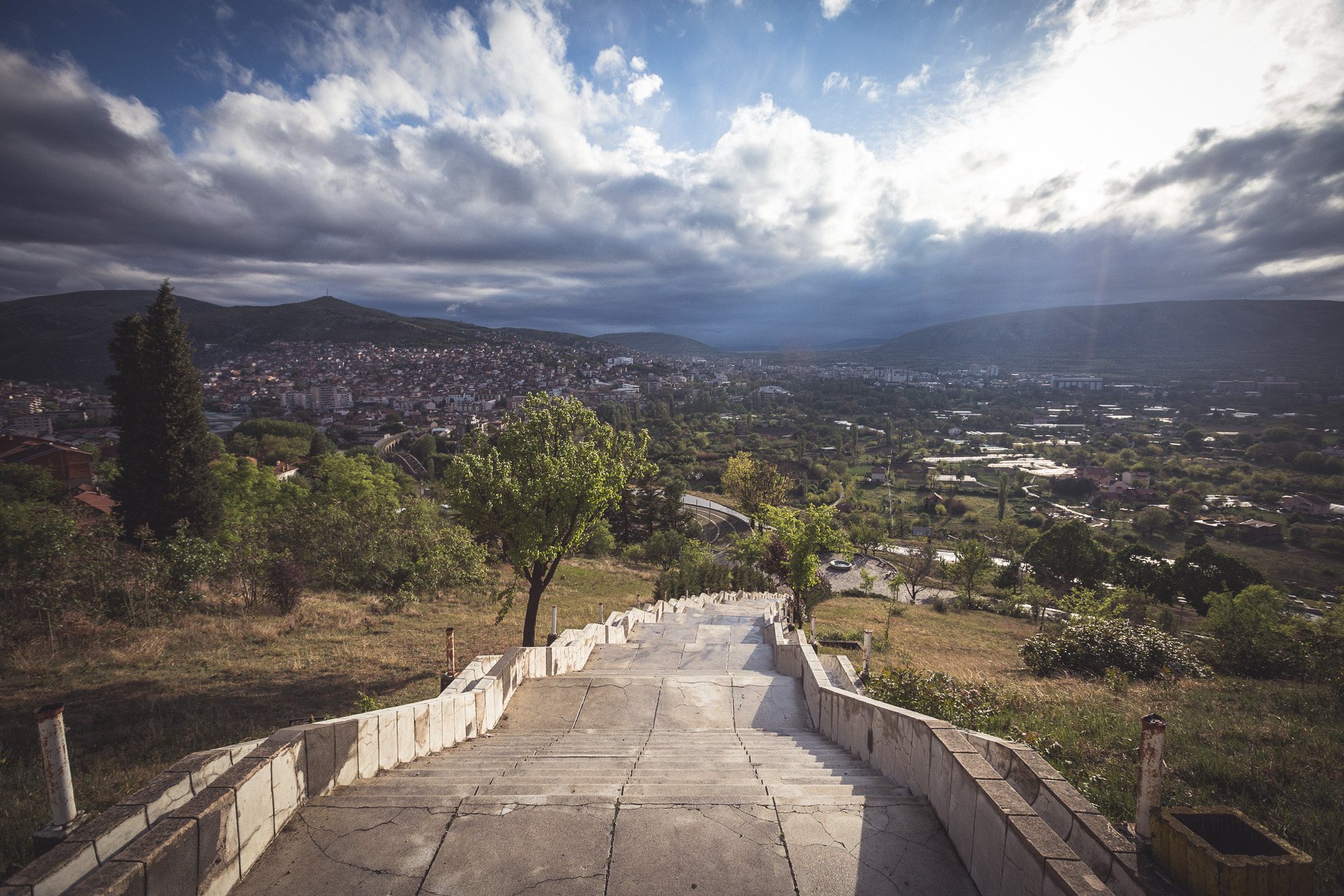