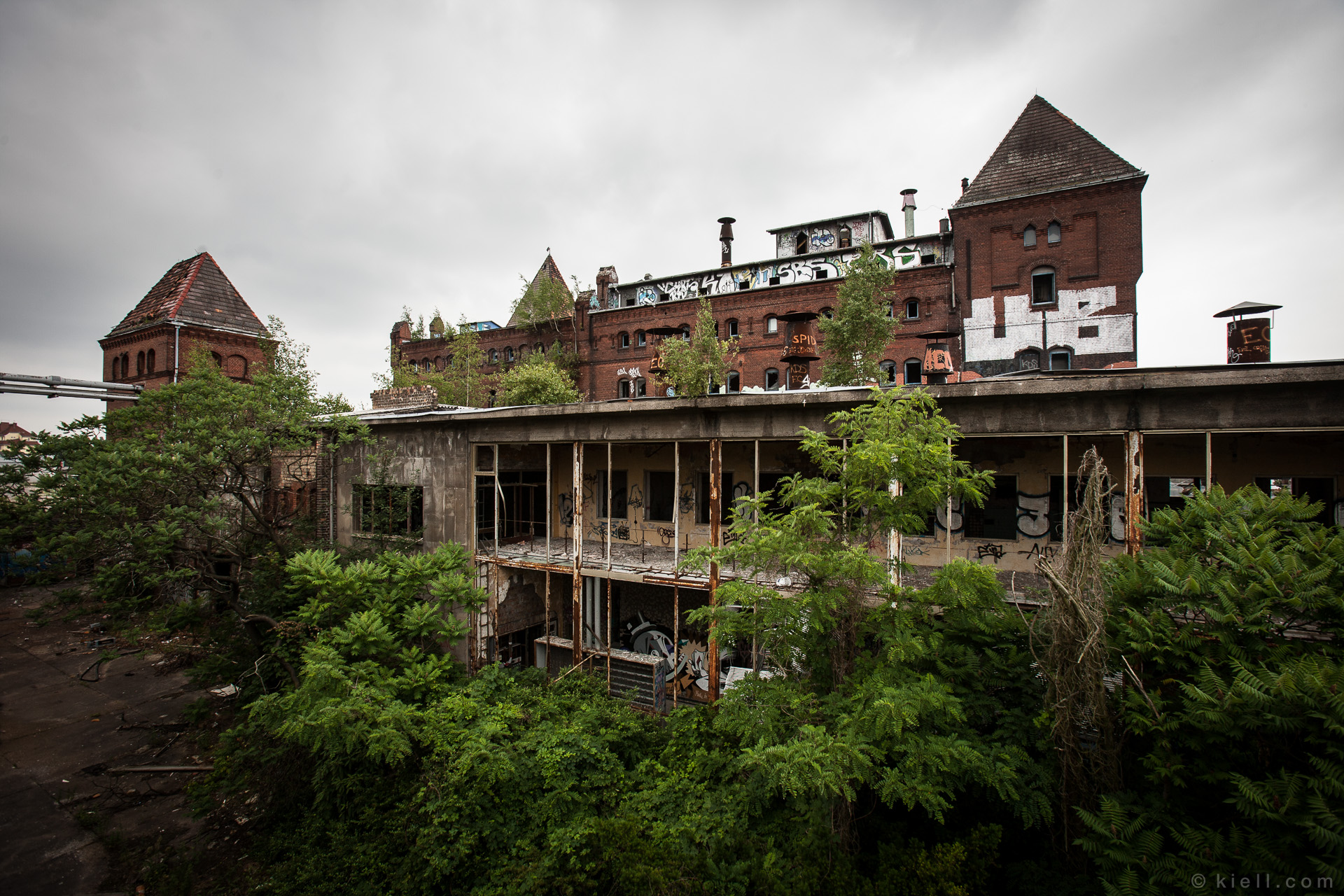 This series of photographs was produced as part of my exploration of the abandoned Bärenquell brewery in Schöneweide, Berlin. The photographs constitute more than a record of my adventure; image making is a motivation for and a means of engaging with a place, allowing a reassessment of the self and of the city through the exteriorisation of the encounter.

At the point of each photograph’s creation is an attempt to capture, establish and assert a personal history, all of which occurs during an embodied engagement with a pervasive decay seldom seen in the city, achieved through a deliberate incursion into liminal space. It is a space that, through its eminently visible entropy, gives an overwhelming sense of its history in the present to which my photographs seek to give a degree of permanence. My own narrative, transcribed into images, allows a vision of its past to be projected into the future.

Urban exploration of modern ruins entails a heightened degree of physical engagement with urban space; broken glass crunches underfoot, paint flakes at the slightest of touches, and rotten floorboards prompt a tentative step. Entry often requires climbing walls or squeezing through fences, the camera sometimes compromising ease of movement. Physical exertion combines with the trepidation of negotiating various dangers and the pleasure of transgression, of being where one should not be, of positioning oneself outside of normative behaviour.

Adrenalin already high, there is then the exhilaration of exploration, in the novelty of the previously unseen, in delight at discovering what you had hoped to find, and of course, in the unexpected. The encounter is edgework (1), reaffirming subjectivity and offering a renewed sense of self.

The camera, though sometimes a hindrance, becomes a digital prosthetic (2), a part of the body that determines what is sought out, where becomes a moment to pause, and which vantage points are chosen. It is an inextricable part of the reason for the body’s incursion and offers an extension to vision, both a reason for and a mode of seeing. Flusser observes that “photographers are inside their apparatus and bound up with it” (3) and in this instance, the organic eye sees with the lens in mind.

The inclusion of another body, that of my companion, is not entirely deliberate but nor is it accidental. Whilst my body and the camera might “merge into one indivisible function” (4) Frank’s presence is an added reminder of the corporeal intervention, emphasising the physicality of our embodied praxis.

His inclusion is an aid to the process of exteriorisation – what Jean-Luc Nancy would regard as the result of being “’posed’ in exteriority” (5) – that occurs in producing the photographs; translating the encounter into images offers a means of metaphysical separation of the self from the experience, both at the point of the photograph’s creation and its later consideration (each of which informs the other).

It is what Barthes hints at when he describes seeing his portrait as a “cunning dissociation of consciousness from identity” (6). This layer of mediatisation allows the subject to the see the self from an alternate perspective, providing future anteriority: an opportunity to reflect upon and renew the encounter. In making and viewing the photographs, I see myself looking at Frank, and get a glimpse of how I myself am seen.

In one sense, Bärenquell is a monument to Berlin’s complex past. Following the fall of the Berlin Wall, the brewery struggled to compete with the sudden profusion of choice and the forces of capitalism. It is now a morgue to a failed enterprise. Characteristic of the touristic nature of urban exploration, it could be argued that these photographs do not engage with that history beyond its superficial study of decay as a visual spectacle.

However, urban exploration seeks out an alternative narrative of the city, one that is outside of the everyday experience of grand projects and utopian designs, of ever-taller, shiny buildings and evolving infrastructures. What it discovers in Bärenquell is not history but a multiplicity of histories, both real and imaginary – “portals to other worlds” (7).

It conjures stories of the people whose daily lives were contained by these walls, and finds evidence of nature reasserting itself where urbanisation once sought to keep it at bay, of the countless encounters and expressions as evidenced by the broken glass and layers of graffiti.

As opposed to history, it investigates the historicity of its socio-spatiality, embracing fragments that connect this site to the complexities of social, cultural biological and economic flows.

The reassessment of self and one’s urban identity is thus threefold: edgework allows the subject to seek out “new possibilities of being” (8), taking place in a location where the liminality offers “the potential for assuming new identities” (9). Secondly, this temporary immersion into a multiplicity of histories and possible futures sees urban explorers – with photography immanent in this practice – “pushing back the limits of doxa” (10), prompting a reappraisal of self and society, and how one shapes an understanding of the other.

Finally there is photography, an aesthetic means of inscribing the self onto the city and thus seeing oneself inscribed; a stylised motivation for and method of bringing together edgework and immersion in order to see the city and self anew.

My thanks to Frank Sauer for making this exploration happen and appearing in these images. 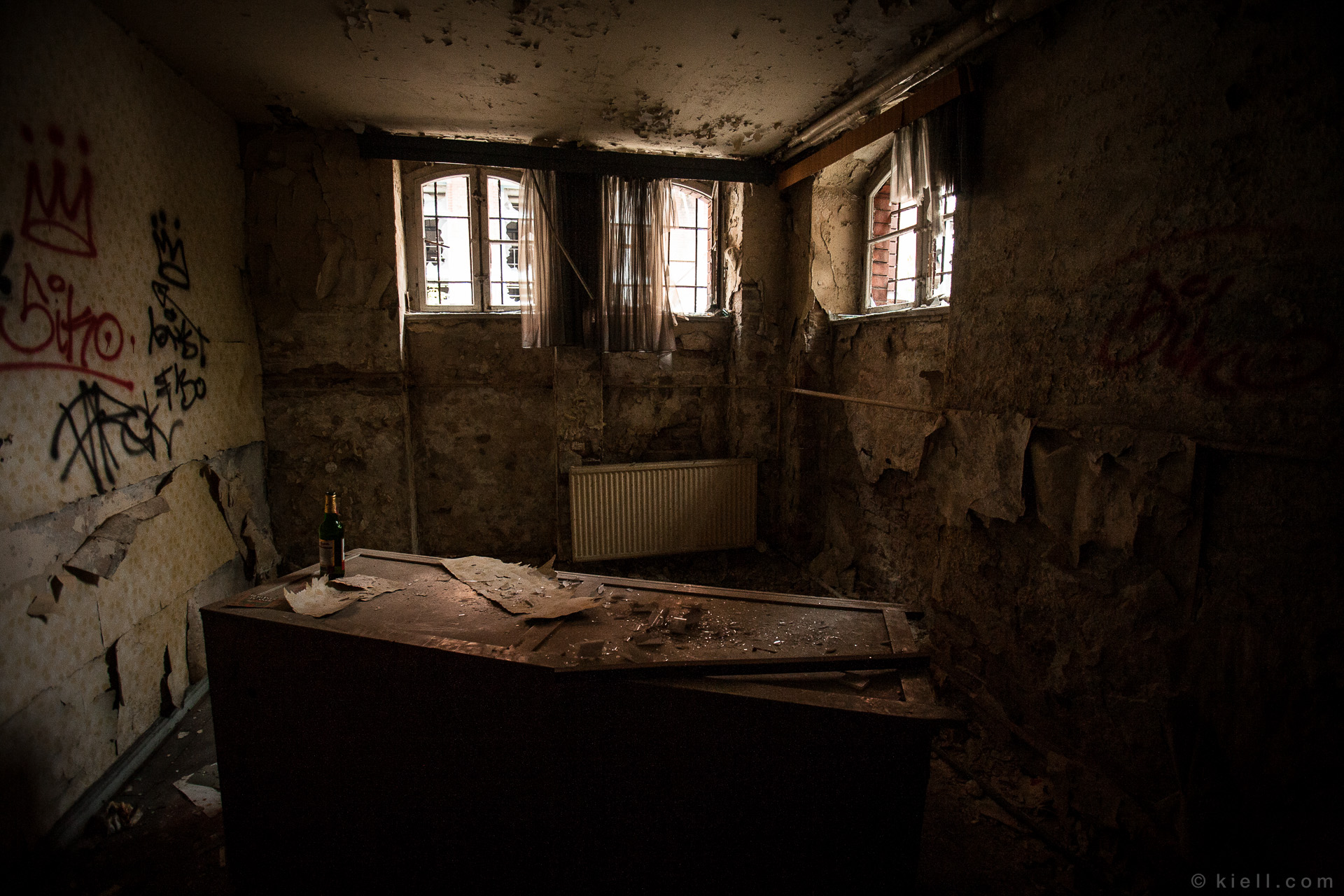