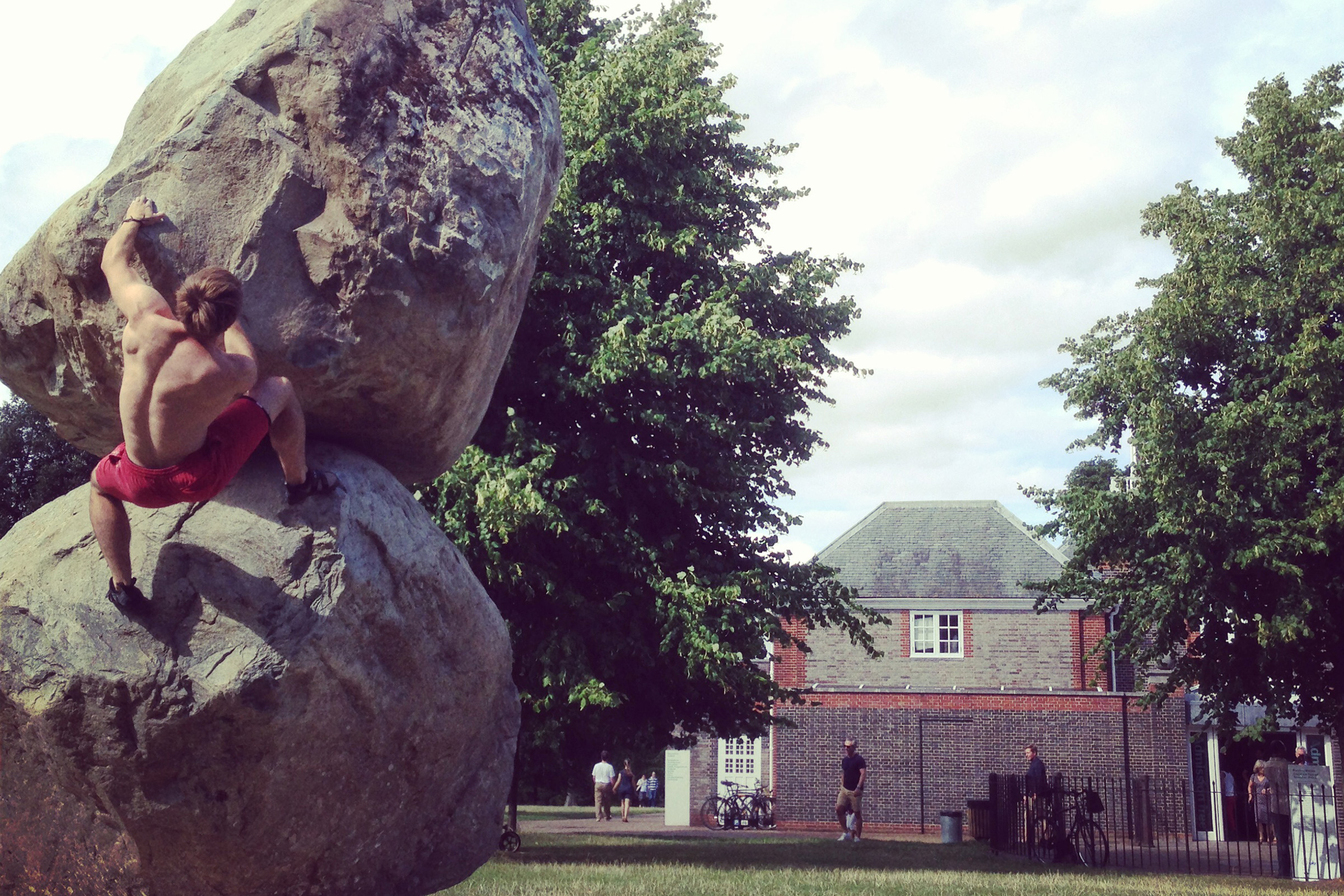 Next to the Serpentine Gallery there is a sculpture entitled ‘Rock On Top Of Another Rock‘ by Peter Fischli and David Weiss, a pair of world-renowned Swiss artists. The artwork is two carefully positioned boulders, one sat on the other in a seemingly precarious arrangement.

I spent a gloriously sunny Sunday afternoon with Bobby attempting to climb a tricky line up the steeper side of the two boulders. Reaching the crux was relatively easy but we were shut down by two factors. First was the stopper move: a slippery pinch that needs to be matched before releasing a knee bar and sorting your feet out. The second was the Serpentine Gallery’s ban on people climbing the artwork. 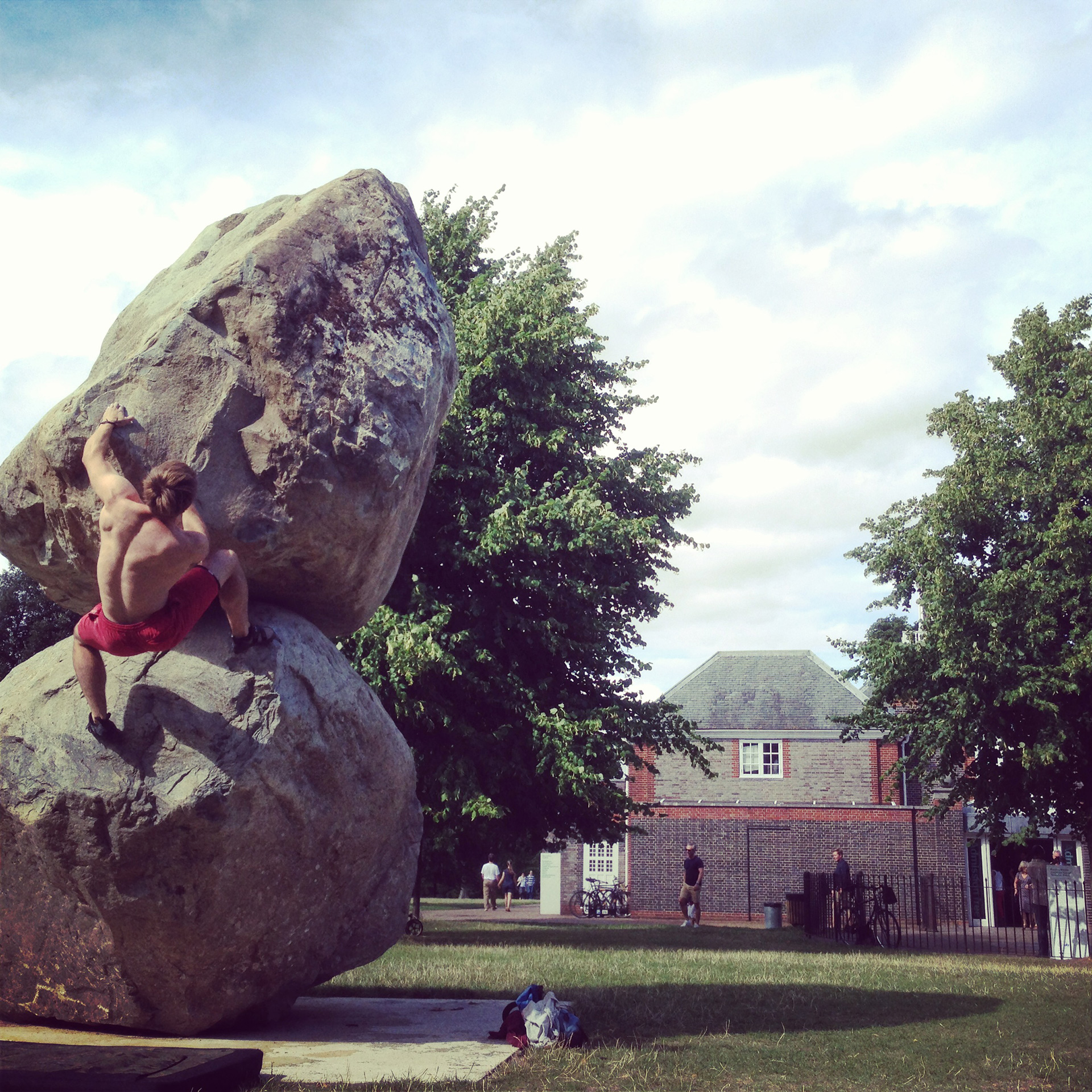 The boulders stand in direct contrast to the two works by John Frankland, proud features of public parks in east London. Frankland’s sculptures are intended to be climbed and both of his boulders receive regular ascents from adventurous children and keen climbers alike.

That afternoon as we rested between attempts, we watched people’s reaction to seeing the Serpentine boulder for the first time. As well as being intrigued by its precariousness, every child – and countless adults – immediately wanted to climb it.

The Serpentine Gallery describes Fischli and Weiss as having “a spirit of discovery that encourages us to take a fresh look at our surroundings”. As we watched, this spirit of discovery led countless children to clamber a metre or so up one of the easier faces and pose for photos, shortly before being hounded down by an overzealous Serpentine employee.

Fischli and Weiss have a similar sculpture in a mountain pass in Norway. It seems that climbing this one is perfectly acceptable.

I strongly urge all climbers to go and demonstrate their own true spirit of discovery. I’m not suggesting that we should be entitled to climb all pieces of public art but I resent the hypocrisy of installing something that provides such a fantastic opportunity for physical interaction, coating it with wordy, artistic notions of adventure and exploration, and then telling children to get down.

[My estimate is V5-V6. There are some easier warm ups elsewhere on the boulder but these faces are directly in sight of the gallery’s entrance and may prompt swifter visits from vigilant Serpents.]