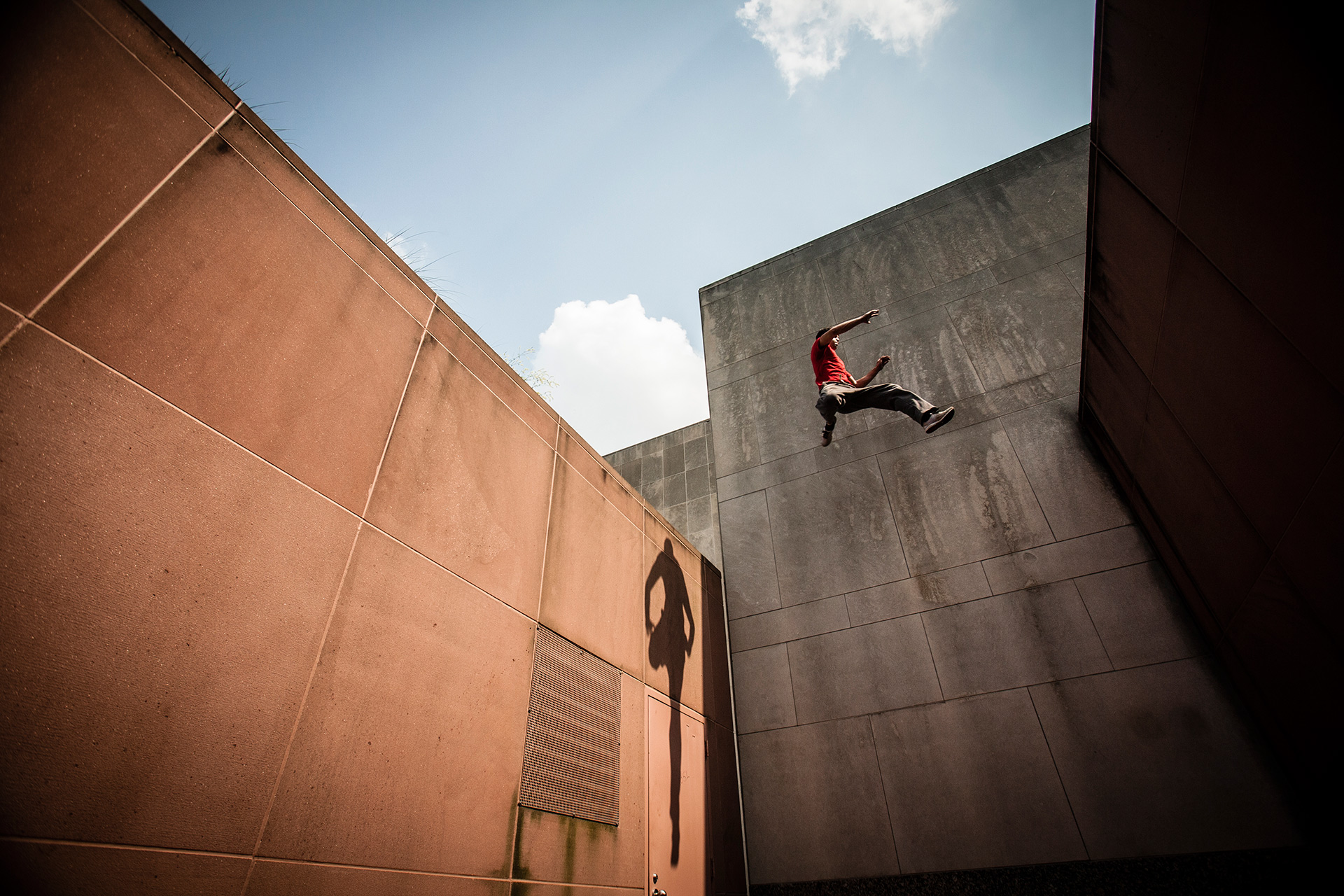 Composition: A Parkour Frame of Mind

Until writing this article, composition is something that I’ve never really given a lot of thought. There are rarely any conscious decisions when I compose a shot, in the same way that there is rarely a conscious decision of when to pull the shutter. I just know (or at least I hope I do). And my assumption is that other experienced photographers are the same; I feel my way to what’s ‘right’ and in terms of composition, sometimes that’s as simple as making sure I don’t stick something slap bang in the middle of the frame.

There are various principles – rule of thirds being the most obvious – to give us an idea of what creates a pleasing image, and of course, there are plenty of occasions when those principles are irrelevant, forgotten entirely or deliberately undermined. I can’t think of one instance where I’ve looked through my lens and tried to find the four intersection points, nor have I ever used a viewfinder with a grid in place. The principles are a way in, an early nudge to start considering composition and, through repetition, to establish some unconscious habits.

In each frame I seek a sense of balance that pleases me, that feels right, and this is something that is quite difficult to describe. I want all parts of the image to work together which is perhaps why many of my images feature clean lines, diagonals and perspective. Anything messy can easily disrupt this balance and this probably explains the love of buildings and absence of trees throughout my work.

[pullquote align=”right” cite=”” link=”” color=”” class=”” size=””]Suddenly you’re creating images that speak to people, rather than just presenting something that was once in front of your lens. Instead, you have framed it and the medium is suddenly part of your message.[/pullquote]

Parkour was my route into photography (and vice versa) to the extent that the two are inseparable. Thinking back to when I started, composing a parkour shot followed some basic logic; to create height and make a movement more dramatic, it made sense to create space beneath the athlete’s body. Instantly, this was an improvement when compared to simply placing the the subject matter in the centre of the frame. I guess I was fortunate to be photographing something that showed me how to compose photographs: creating this dramatic space led me to give more thought to how an image can be framed. Over time, and through lots of repetition and experimentation, photographing parkour began to inform all of my work. Whatever I shoot, you can usually see its influence.

Away from parkour, the subject matter does not always inform how one frames a photograph in such a direct way, but perhaps this is what makes good composition; that moment (and you can bet it’s not always deliberate) when composition and subject matter work together. Suddenly you’re creating images that speak to people, rather than just presenting something that was once in front of your lens. Instead, you have framed it and the medium is suddenly part of your message.

My sense of composition came about as a result of shooting loads and loads of photographs and spending hours editing them. I can only speak for myself, but there is no short cut; I shot as much as I could, developed my eye, and over time I absorbed a methodology. From this came my own style and judgement to the point that it became instinctive.

Just like parkour, there are no secrets. Just training.