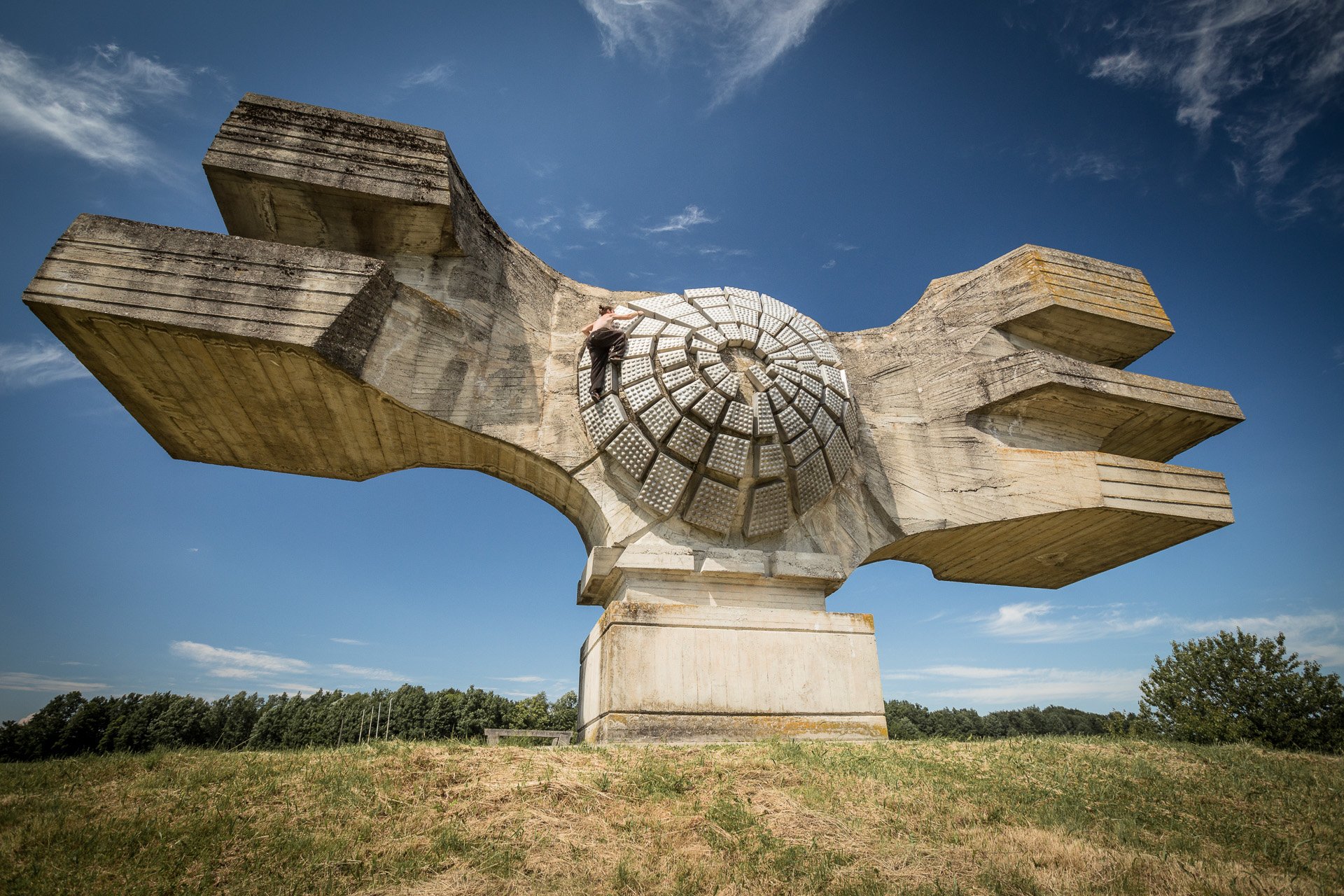 Owen Hatherley’s recent article objecting to the internet’s superficial fascination with Former Yugoslavia’s communist era monuments provokes interesting questions regarding  processes of memorialisation. Whilst his drive to connect the monuments to their complex past deserves credit, his arguments present problems of their own. 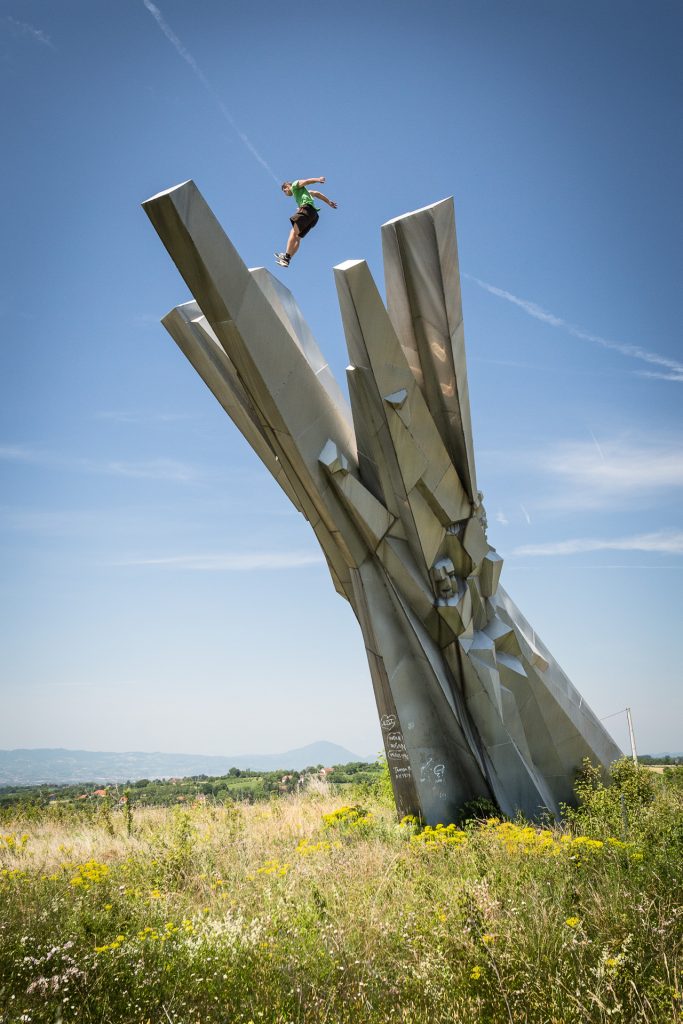 My difficulties with Hatherley’s article are threefold: firstly, I believe that comparing Yad Vashem to Zeppelinfeld has the potential to be productive; secondly, that his issue with clickbait is a broader problem inherent to representation, and is also reflective of the contradictions, inconsistencies and challenges posed by public memory; and thirdly, that reducing the monuments to a single narrative is not that different to celebrating solely their appearance.

Regarding the juxtaposition of sensitive architectures, what Hatherley considers problematic, I consider productive. When exploring different modes of remembrance from across different cultures/ideologies/regimes, offering a comparison can create insight and means of investigation. The structures are mnemonics, and their functions/processes can be compared without then suggesting that what they commemorate is itself comparable. Societies are constantly making moral judgements as to what should or should not be remembered. If we wish to identify the ideological, hegemonic and cultural processes that shape how those judgements are made, stepping back from ethical and moral considerations can offer greater scope for critical enquiry.

We should be able to scrutinise these processes in order to gain an awareness of how hegemonies exert their influence.

The provocative example that Hatherley gives is the hypothetical juxtaposition of photographs of the World Holocaust Remembrance Center and a Nazi Party rally ground. Both are grandiose, architectonic constructions produced by hegemonic forces that depend on and deliberately invoke emotion to reinforce their respective ideologies and values. Whilst moral judgements regarding their purpose are of course valid and necessary, being denied the opportunity to compare them risks succumbing to the machinations of a dominant spatial narrative, thus robbing us of a means of enquiry. Simply because Yad Vashem memorialises something horrific and immoral should not prevent us from exploring how architecture and monuments function. We should be able to scrutinise these processes in order to gain an awareness of how hegemonies assert their influence. Just as ruins can present us with the visibility of the passage of time, so can monuments present us with the visibility of exertions of power. 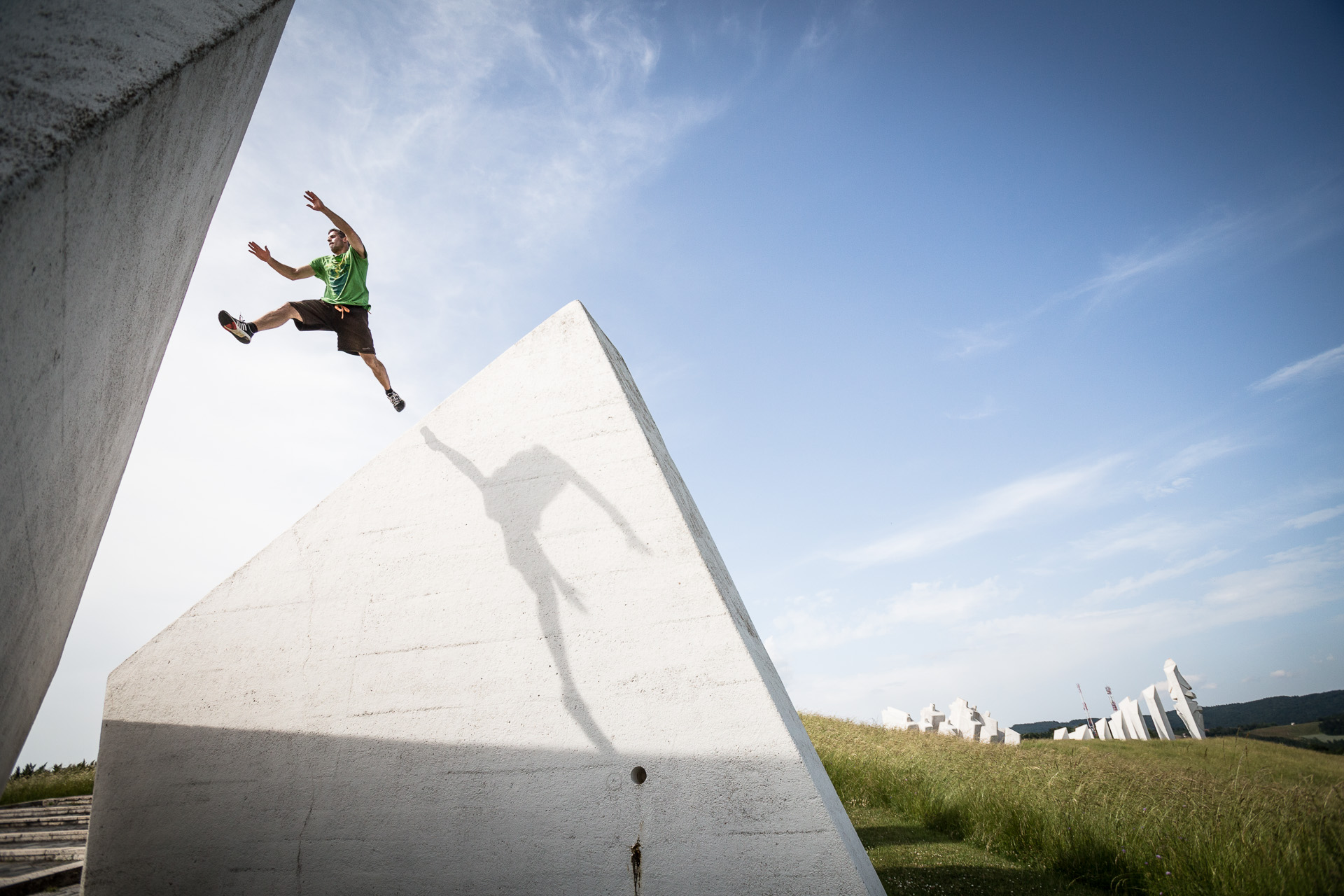 Photography, by its very nature, is reductive. In documenting a moment, it makes a claim of authenticity and truth. At the same time, it divorces the subject from its reality through the distancing inherent in its mechanical reproduction. Photography is both honest and dishonest, and any image of Former Yugoslavia’s monuments will fail to convey their complexities. Just as photographs fail the monuments, the monuments themselves – like all monuments – fail history. As with photographs, they are mnemonics that are unable to address the multiplicity of narratives that led to their construction. Furthermore, these impositions were an attempt to create power over a present by exerting a vision of a proposed future – a future that in some respects never manifested. They are monuments to something that no longer exists and arguably, given that nationalist tensions were temporarily subdued rather than eradicated, never existed. 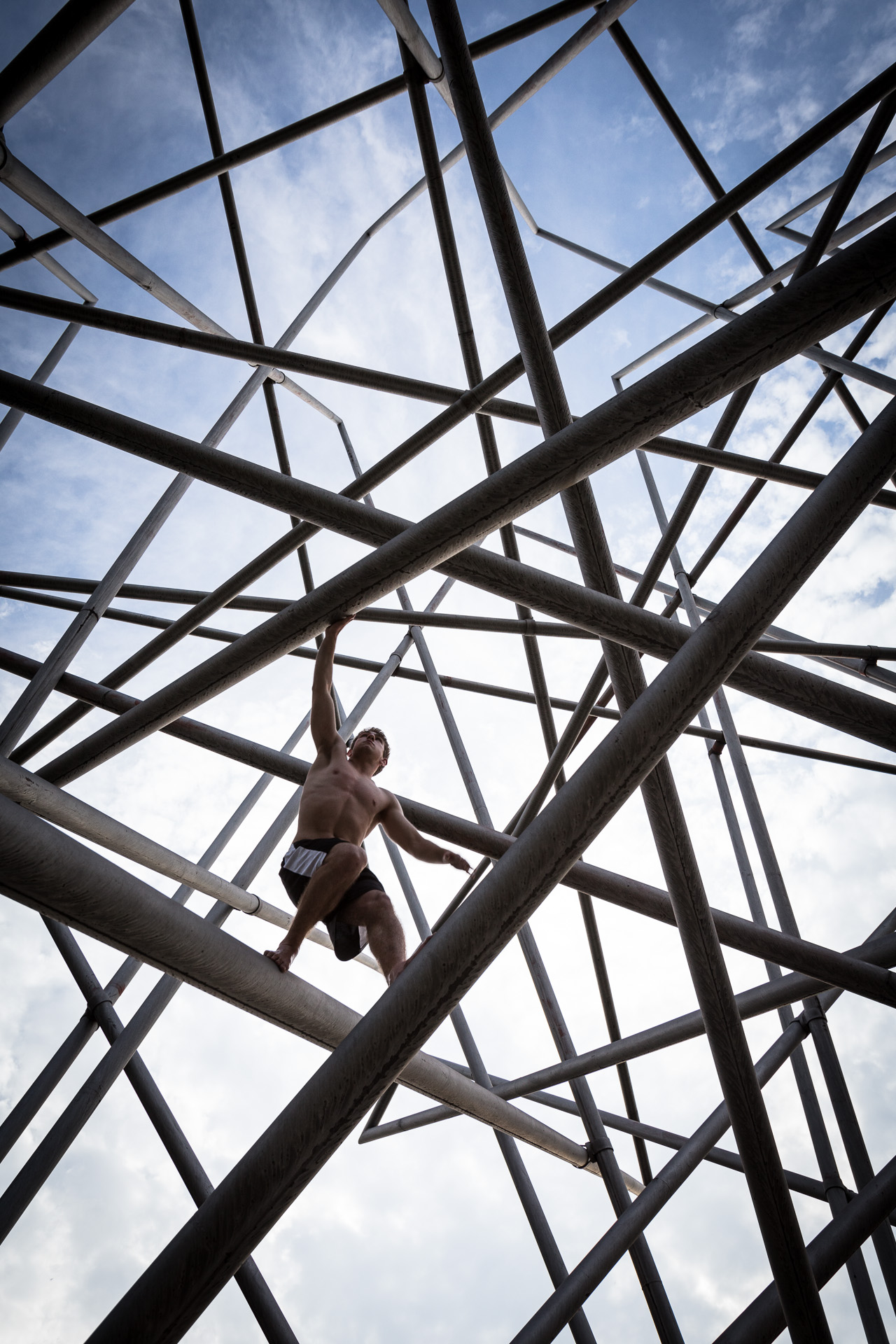 Criticising Kempenaers for being “incapable of grasping the situation” is profoundly unfair; such complexity is beyond grasp and it is not the responsibility of an artist to attempt such a task, nor is it within his scope. The monuments themselves do not make such a possibility available; they are beautifully inadequate, riddled with contradictions and inconsistencies, all of which is reflected in their various physical conditions: lost, abandoned, remembered, destroyed, loved, hated, valued, vandalised, forgotten, ignored, policed, celebrated, and maintained. Both contradictory and representing contradiction, any representation of their forms will fall short, just as any monument will fall short of genuinely memorialising those that gave their lives.

Monuments impose themselves, both upon the landscape and upon the viewer, in order to exert their purpose.

Monuments often root their power in the sense of awe that they inspire. In the case of the Yugoslav monuments, they also call upon and invest in their picturesque locations, borrowing power from the sublime and the patriotic pride projected onto a country’s topography. Their function relies upon the power of their visual presence, so criticising an online audience culturally divorced from their context for being awed by their simple spectacle seems a little trivial (and there’s irony to objecting to their clickbait nature in an article littered with the same imagery and given a clickbait title). Monuments impose themselves, both upon the landscape and upon the viewer, in order to exert their purpose. Complicating the Yugoslav monuments further are their vague aesthetics, a reflection of their universalist, unifying ethos; as noted by Kirn, their universal emancipatory promise partly depended on their abstraction. Just as inhabitants perform the function of a brutalist building, the monuments offer users the potential to bring their own meaning to these locations. Consequently, in their attempt to convey cultural solidarity, the monuments inadvertently make themselves vulnerable to the exploitation and reduction to spectacle that causes understandable frustration. 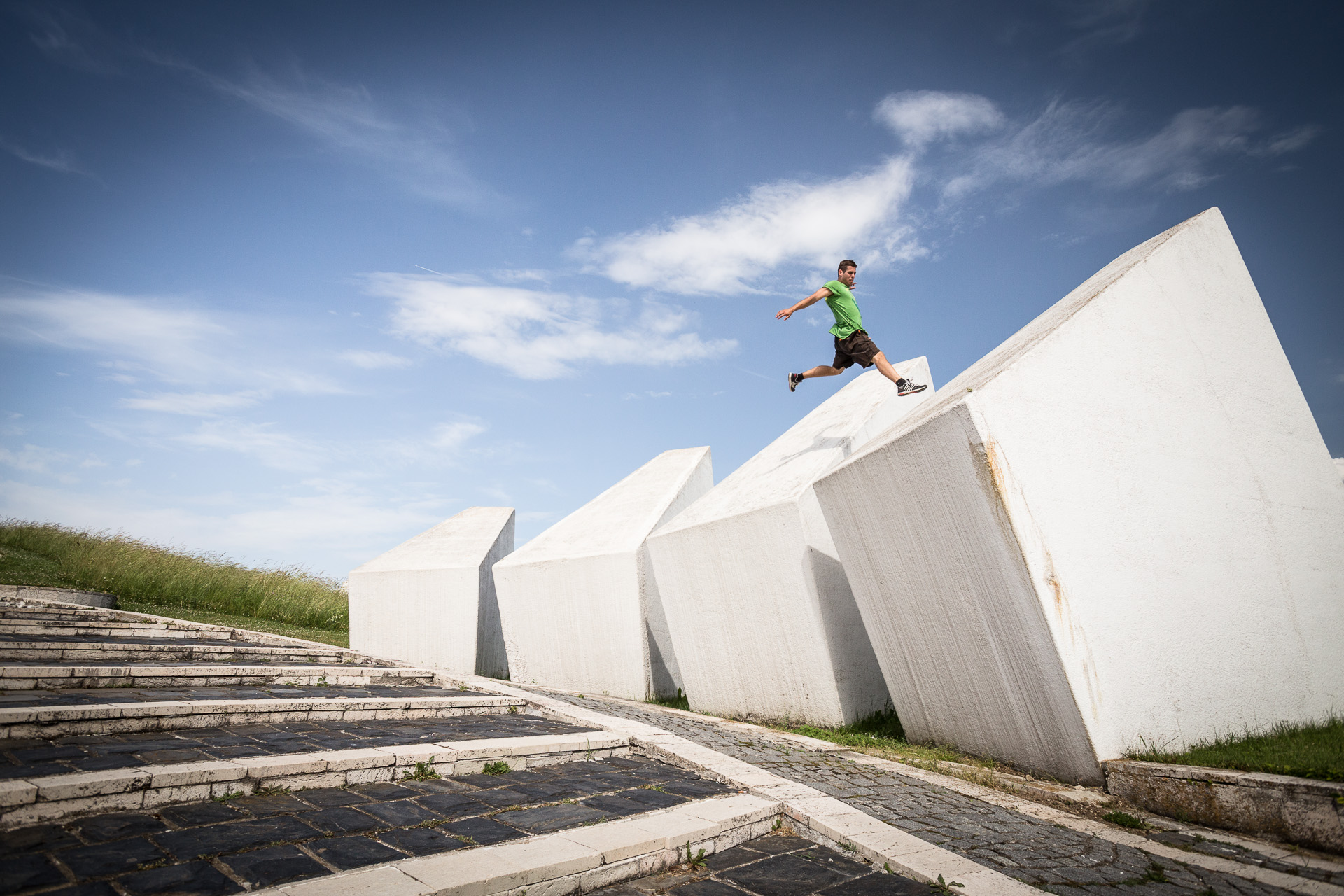 Ignoring the inadequacies, inconsistencies and contradictions is almost as reductive as comparing them to UFOs.

Rather than bemoan the online fascination with their appearance, we should embrace the new visibility that it gives to the region and and its history. Not all will go on to learn about what led to the monuments’ construction, but surely infinitely more than had the imagery not entered online consciousness in the first place.

Finally, the monuments are representative of more than emancipation. They are manifestations of a vision of national unity, but this was a vision that was from its outset fractured and, arguably, unrealistic. Whilst they commemorate the partisans who gave their lives resisting the Nazi occupation, they are also representative of all aspects of Yugoslavia: for example, the economic difficulties that beset the country in the 1980s; the emergent nationalisms that were spurred by these difficulties and led to the bloody conflicts of the 1990s. As with any architectonic memorial, these monuments carry baggage; they are physical manifestations of the discourses of war, values, goals, beliefs and motives. Arguing that they only represent who they memorialise and thereby reducing their existence to a single narrative – ignoring the inadequacies, inconsistencies and contradictions fundamental to all monuments – is almost as reductive as comparing them to UFOs. 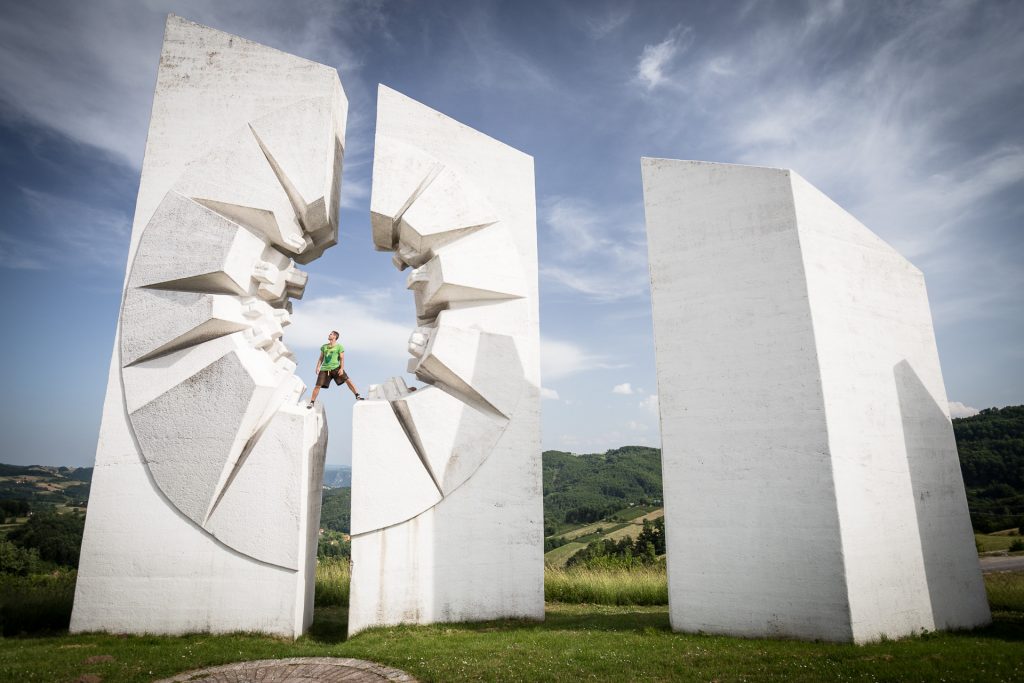 My own interventions at these sites were in collaboration with parkour athletes from Serbia and Croatia. The series of encounters draws on the universalist, abstract aesthetics of the monuments but, instead of alluding to the transnationalism of a country that no longer exists, it points towards an internationally dispersed, digitally interconnected community of parkour practitioners: true global citizens that see borders as opportunities, not barriers. The parkour communities of Serbia and Croatia do not see religious, ethnic or national divides, but instead train and explore together (often to the distaste of those outside of the parkour community), not blind to their complex past but looking to a future of unity and progression. This project deploys the spectacle and awe of the monuments as a means of expressing the intercultural solidarity that Hatherley seeks.

Rather than seeing the superficiality of their mediation as an obstacle, it should be deployed as a means of engagement, reappraisal, and evolution.

You can see more images from this project here.

To learn more about these monuments, check out these articles:

I’m indebted to the work of historian Darmon Richter, as is Owen Hatherley. Darmon runs historical tours of various monuments. Visit his website for details.