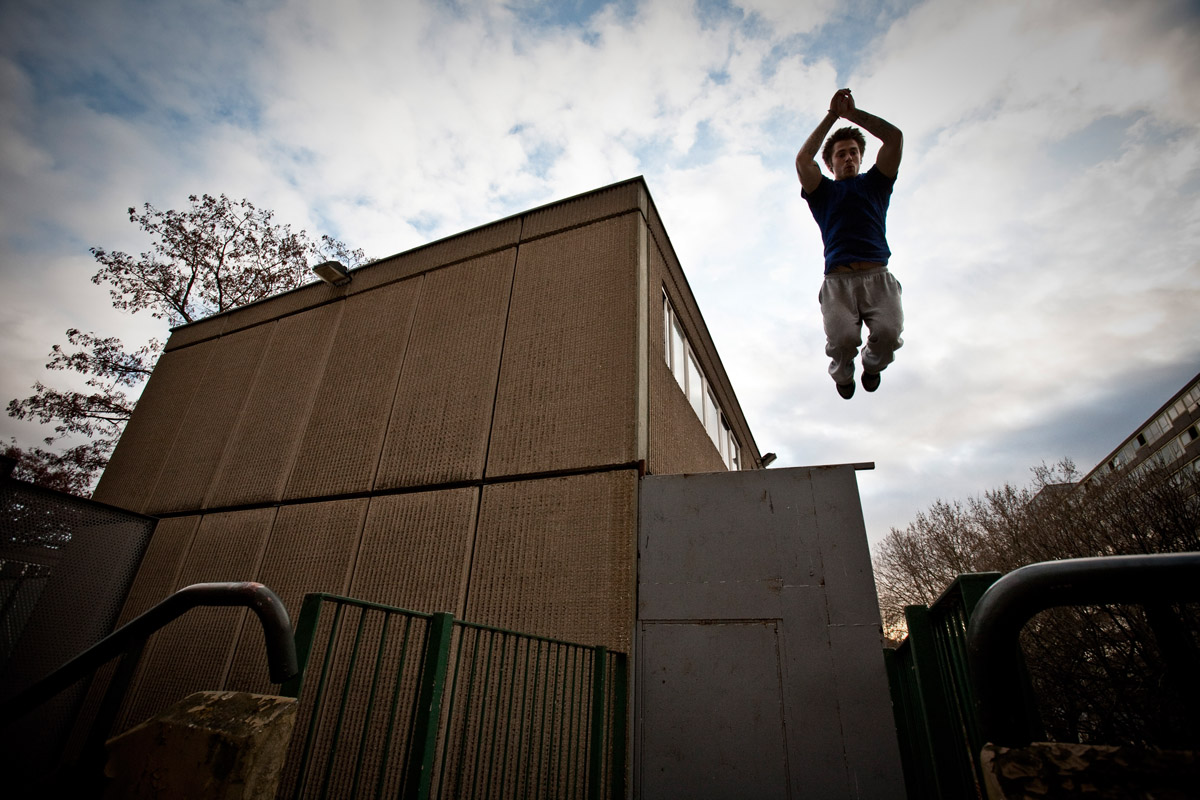 There were two very good reasons to hook up with Parkour Generations in order to photograph the ADAPT Level 2 course taking place at the end of November. Firstly, this was a unique collection of traceurs gathering for a week in one location. Students from the UK, France and beyond were meeting with the likes of Stephane, Yann and Chau to study and train incredibly hard. Secondly, it was taking place at the huge, derelict housing estate in Elephant and Castle which I’ve visited on many occasions. A few years ago I spent a morning photographing its desolation and handful of remaining residents, the results of which can be seen here.

A unique gathering in a unique setting. The atmosphere around the housing estate is now subtly different; it’s said that one or two residents remain but other than the traceurs working hard, there’s little sign of life beyond a renegade gardening project that has produced some strange objects dotted around the walls and walkways. Previously, the surreal was tempered by the occasional inhabitant wandering about. Now it is increasingly overgrown and deserted to the point that even the gangs, homeless and alcoholics seem to have abandoned it. My phone felt like the best means of capturing the strangeness, some of which can be found amongst my Instagram feed, all of which gets posted to Twitter.

I had huge admiration for those taking part. The course challenges one’s knowledge, leadership and creativity, whilst punishing the body. The highlight was spending ten minutes with Pete Mckee as he contemplated a precision jump as part of Dan’s ‘Breaking Jumps’ module. (See photo above.) It’s a reasonable distance but it isn’t the size that presents the challenge; the difficulty lies in sticking the landing as the twenty foot drop behind the target rail makes it hard to convince yourself not to overshoot.

As well as a great chance to catch up with my good friend Thomas, it was an opportunity to start discussing January’s trip to Thailand to visit Stephane who is hard at work managing the rapid growth of Parkour Generations Asia. Roll on 2012! 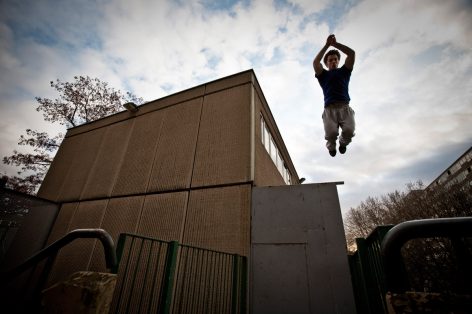 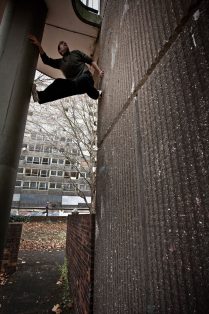 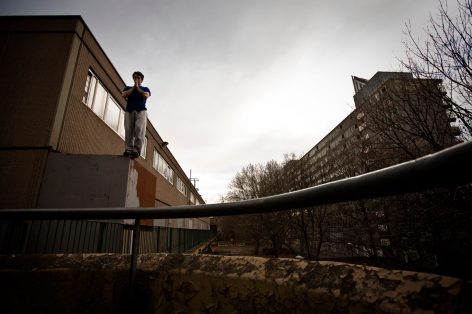 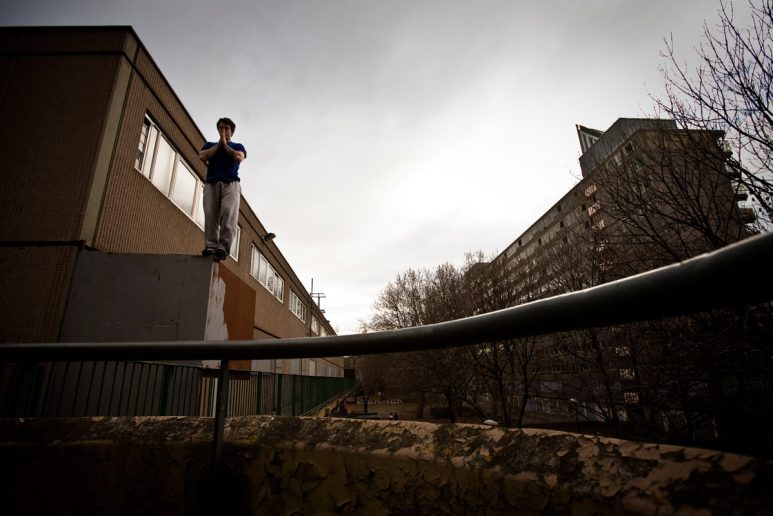 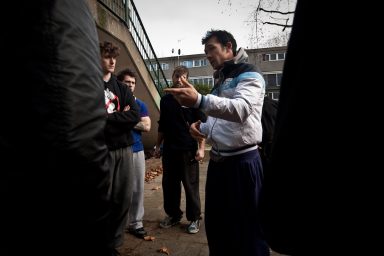 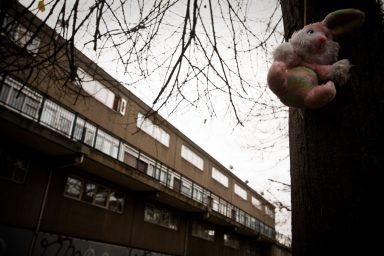 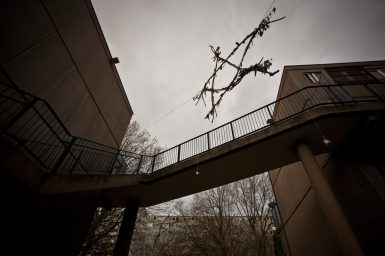 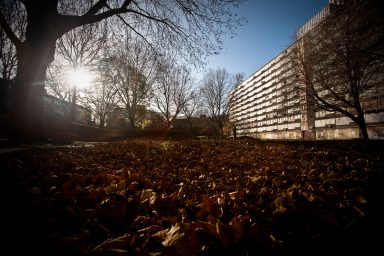 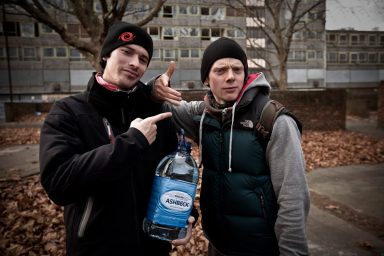 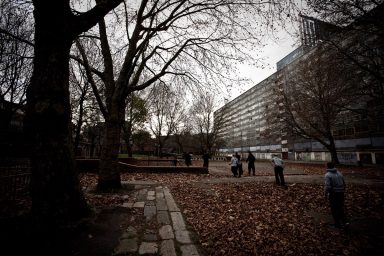 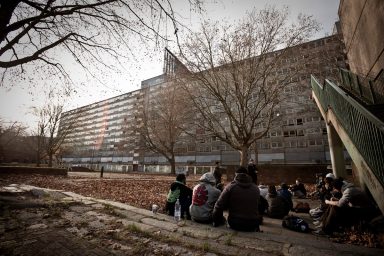 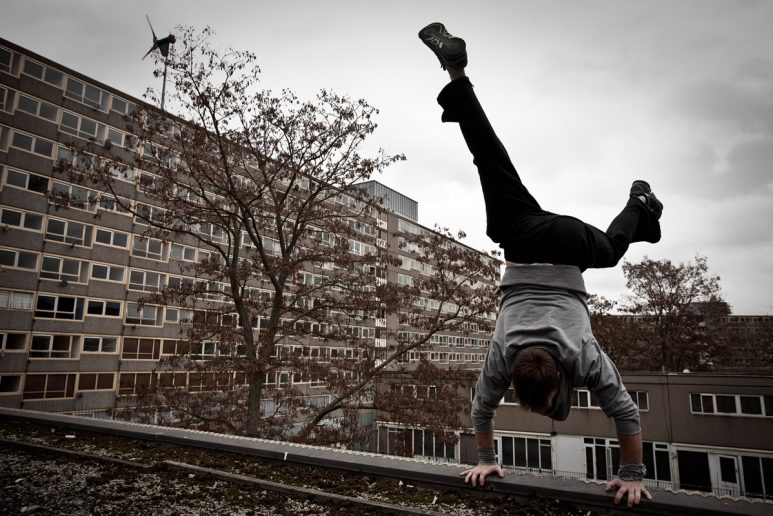 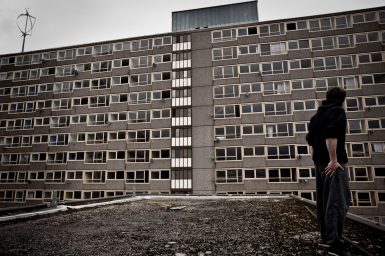 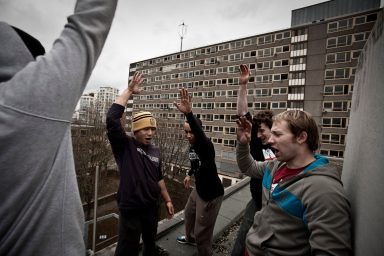 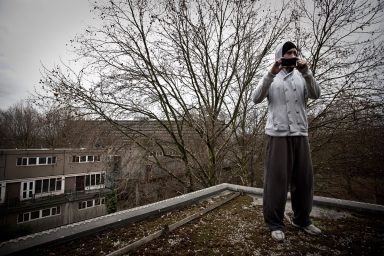 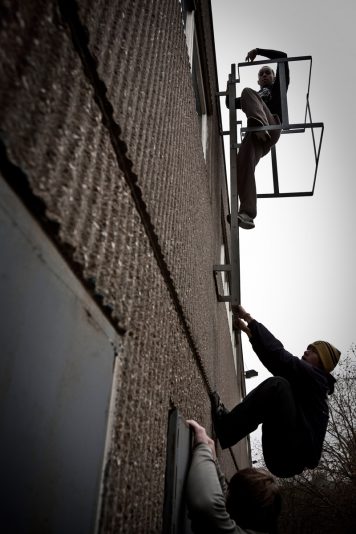 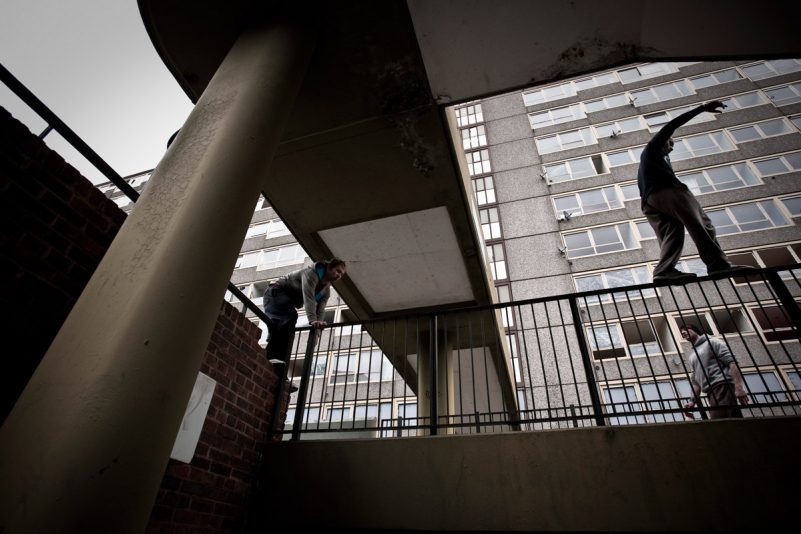