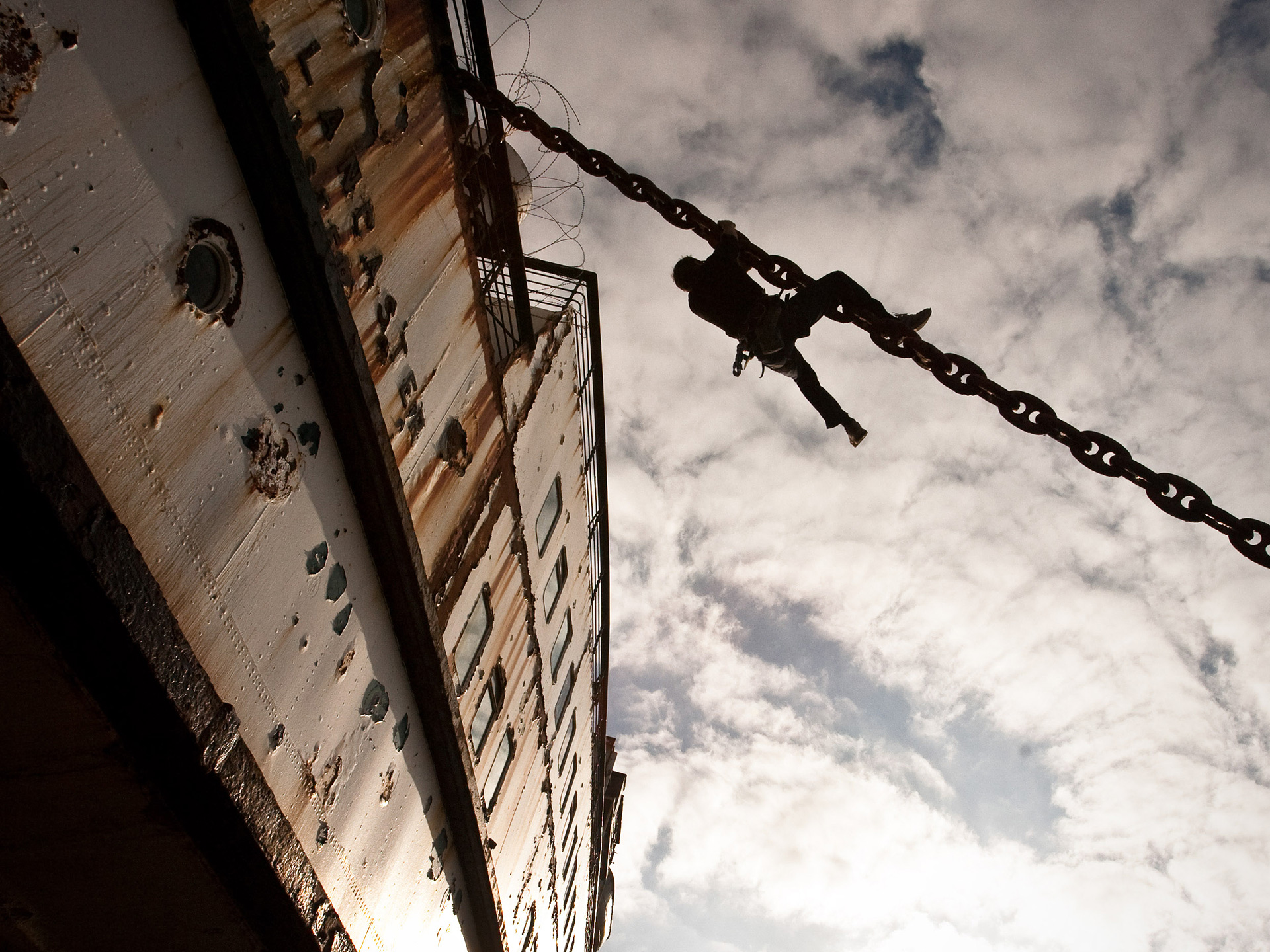 Next month sees the release of Explore Everything; Place-Hacking The City, a book on urban exploration by my friend, occasional cohort and star/villain of the urbex underworld Bradley Garrett. It seemed like a good excuse to dig out a couple of my previously  unpublished adventures from the last couple of years. First up, the Mostyn Funship.

In October 2009, Johnny ‘Sticky’ Budden was living in deepest North Wales in preparation for his epic sponsored run. On his travels he had spotted what seemed to be a derelict ship parked up on the coast somewhere between Rhyll and Chester. A little investigation led us to identifying it as the Duke of Lancaster, aka the Mostyn Funship. One autumn afternoon, an eight hour drive from London landed me somewhere near Morfa Nefyn, drinking a quick beer with Johnny and crashing on his floor. At 5am the next morning we drove an hour up the coast to Mostyn and tried to figure out how to get on board.

[pullquote align=”right” cite=”” link=”” color=”” class=”” size=””]Johnny thought it would be quite straight forward. I assumed otherwise and packed some climbing gear.[/pullquote]

Johnny thought it would be quite straight forward. I assumed otherwise and packed some climbing gear. After a good half hour of walking around the ship we realised that the only means of getting on board would be for one of us to climb up 15 metres of anchor chain. I taught Johnny how to lead belay, fitted him with an improvised chest harness and waited for a few dog walkers to disappear. With a large sling looped over the chain to allow me to rest, the first half of the climb was easy. The second half was a battle with anti climb paint. And then I had to get on top of the chain and fight my way through a few layers of razor wire. Something of an ordeal. 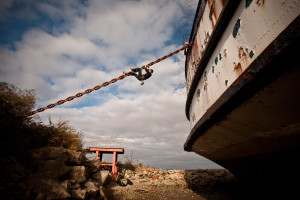 I rigged a rope for Johhny to climb up at the back of the boat, belaying him up. What followed was an unforgettable 7 hours of exploration and unexpected delights from the 1980s: cafes, restaurants, arcade machines, pool tables and more. A large car deck was locked but upon fumbling our way through the pitch black lower decks, we found an emergency chute that allowed us to climb up and into this open space in the middle of the ship. We found a huge stash of goods left over from the mid-90s when the ship was used as a large market.

The ship looks a little different today as it has been taken over by graffiti artists but it retains an aura of beauty and implausibility. Its future seems to remain uncertain but if you’re ever passing through that part of the country, it’s well worth a visit. 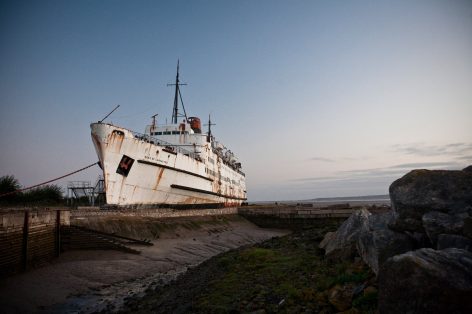 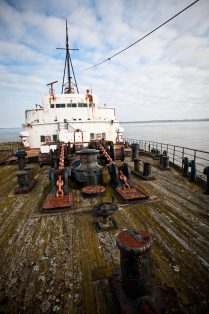 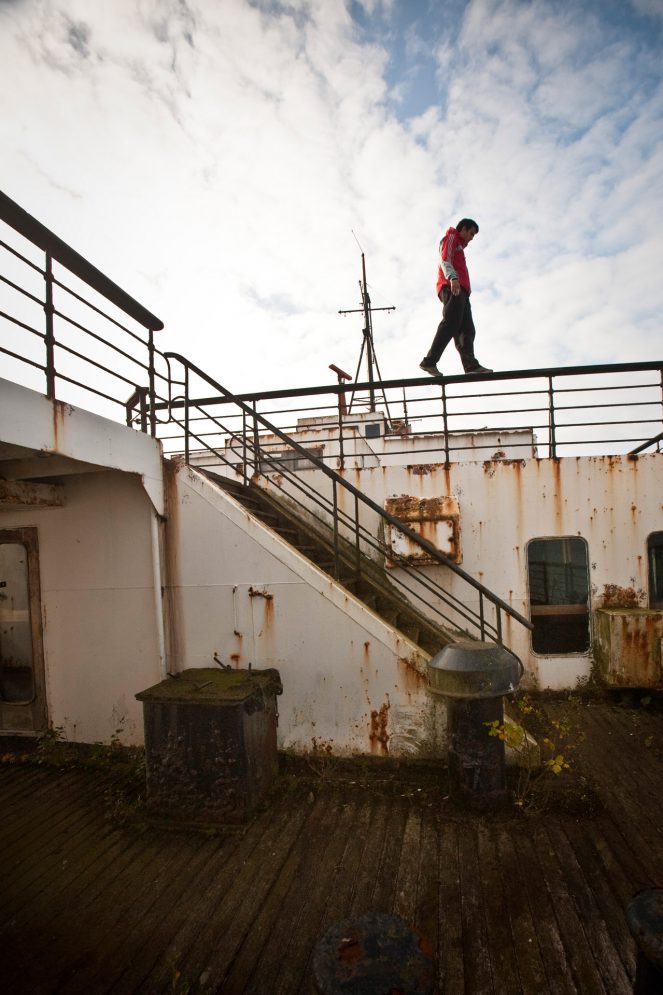 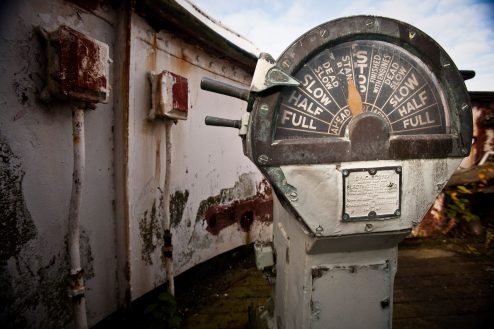 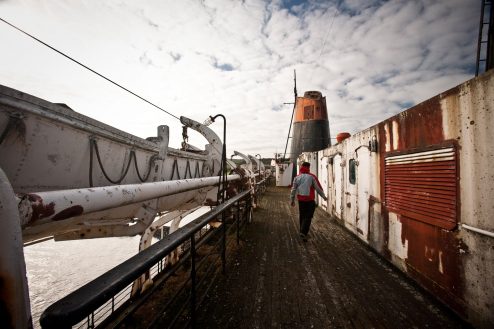 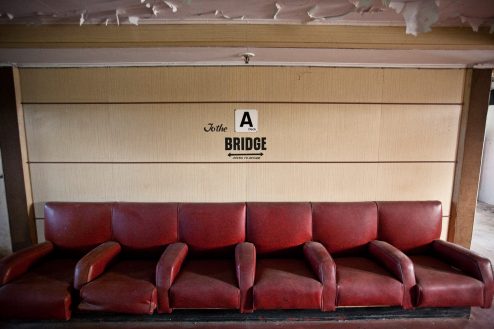 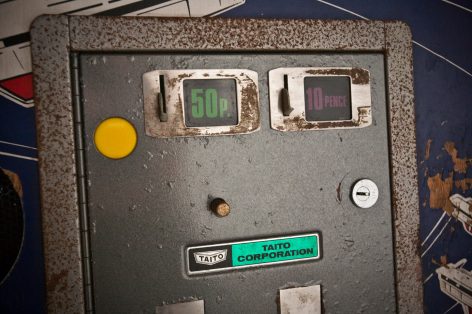 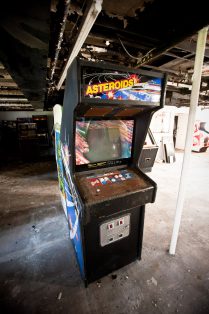 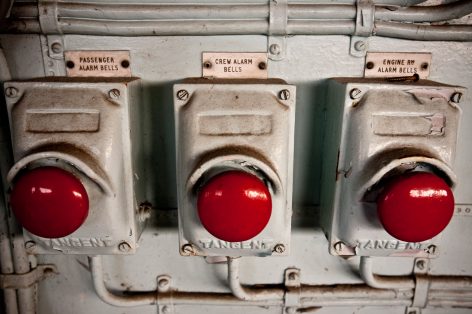 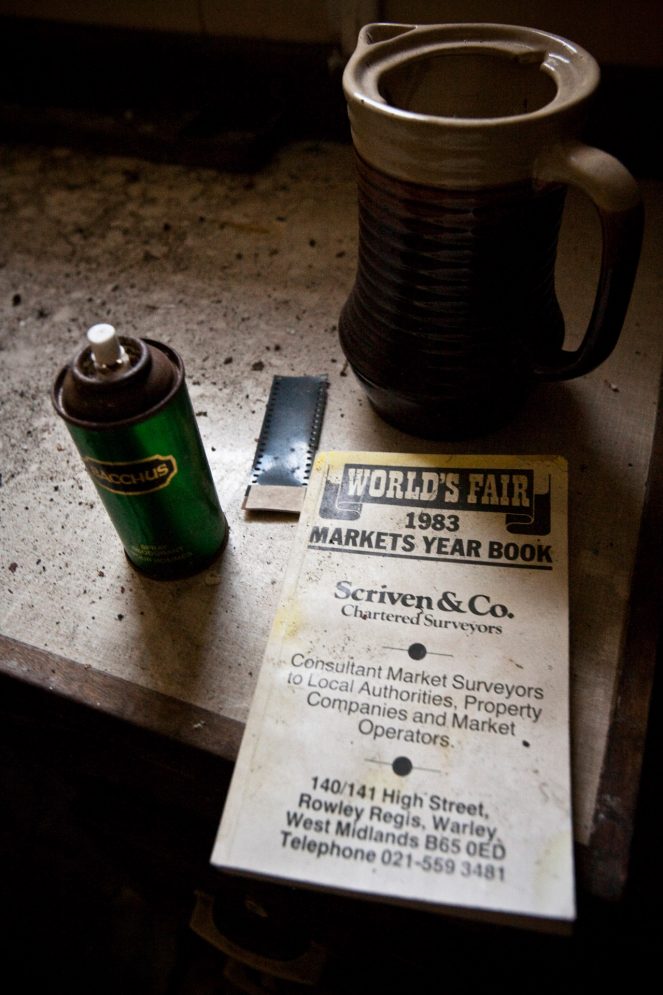 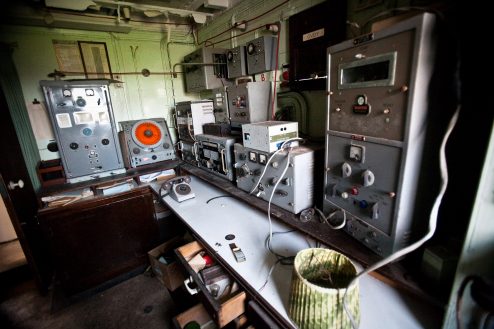 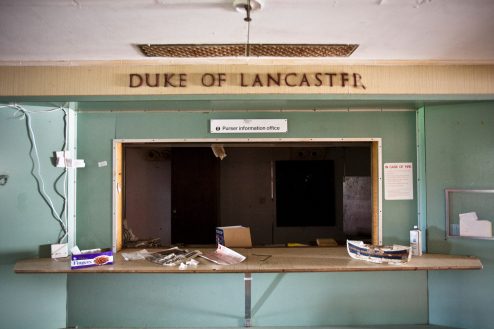 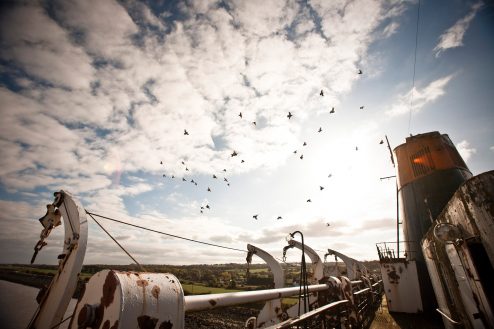 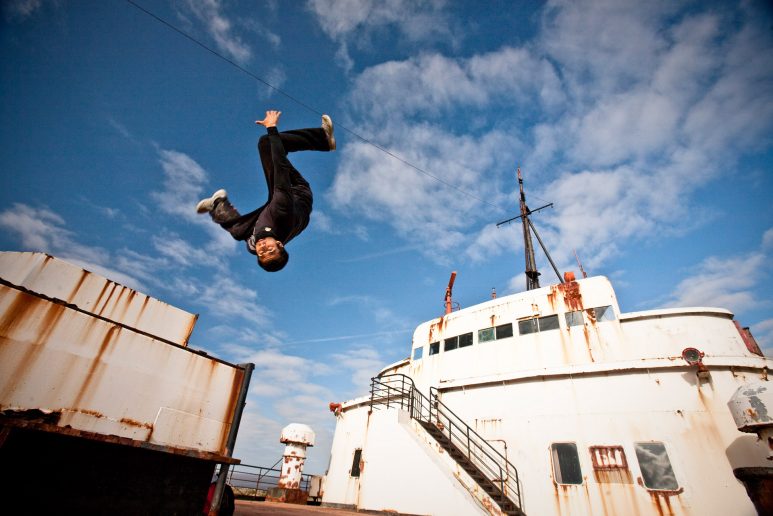 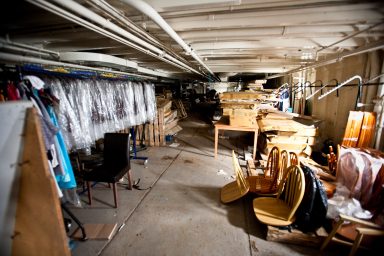 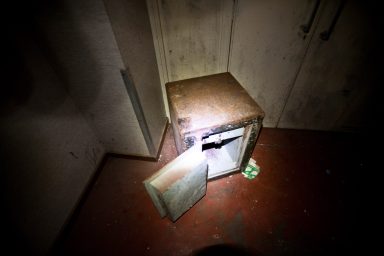 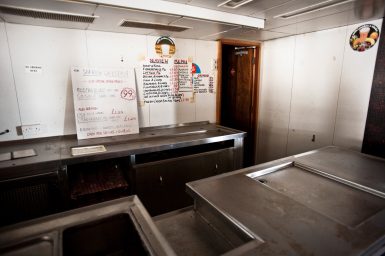 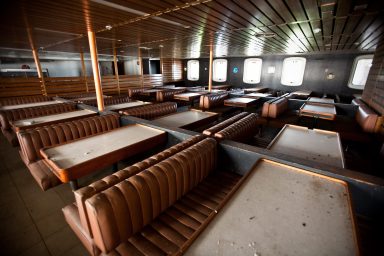 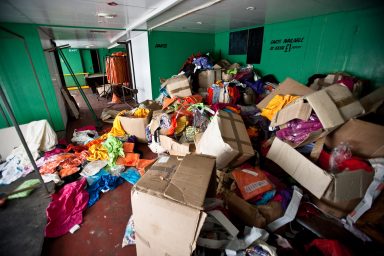 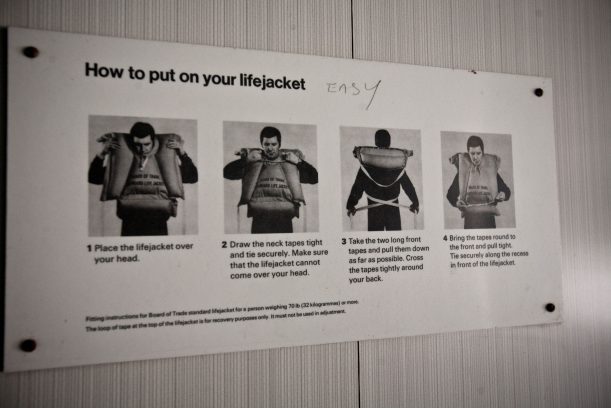 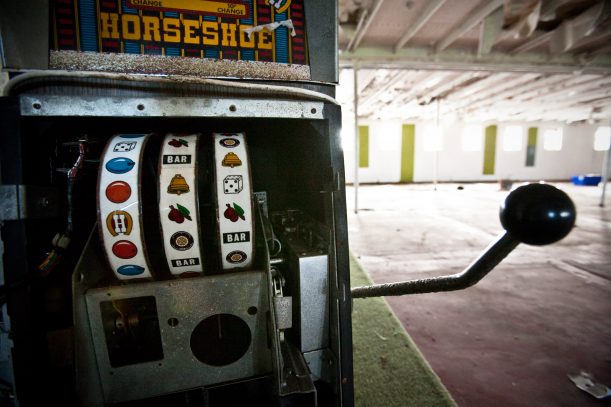 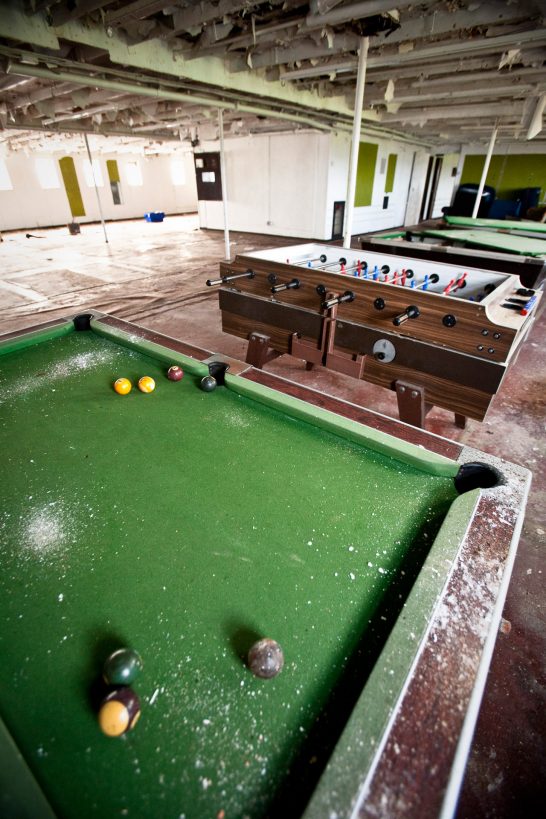 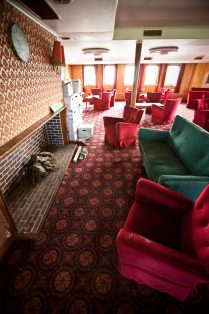 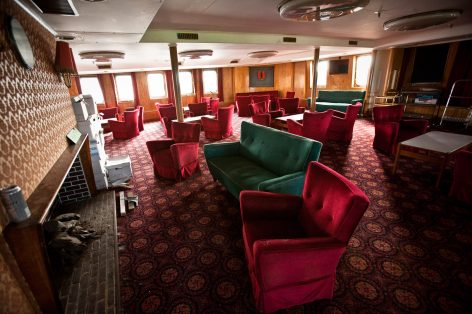 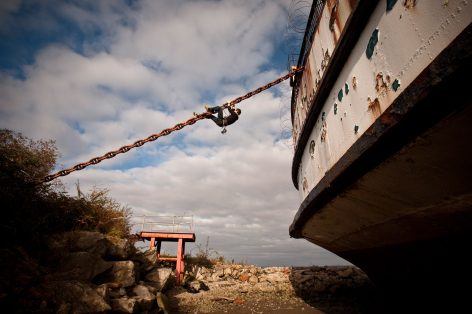 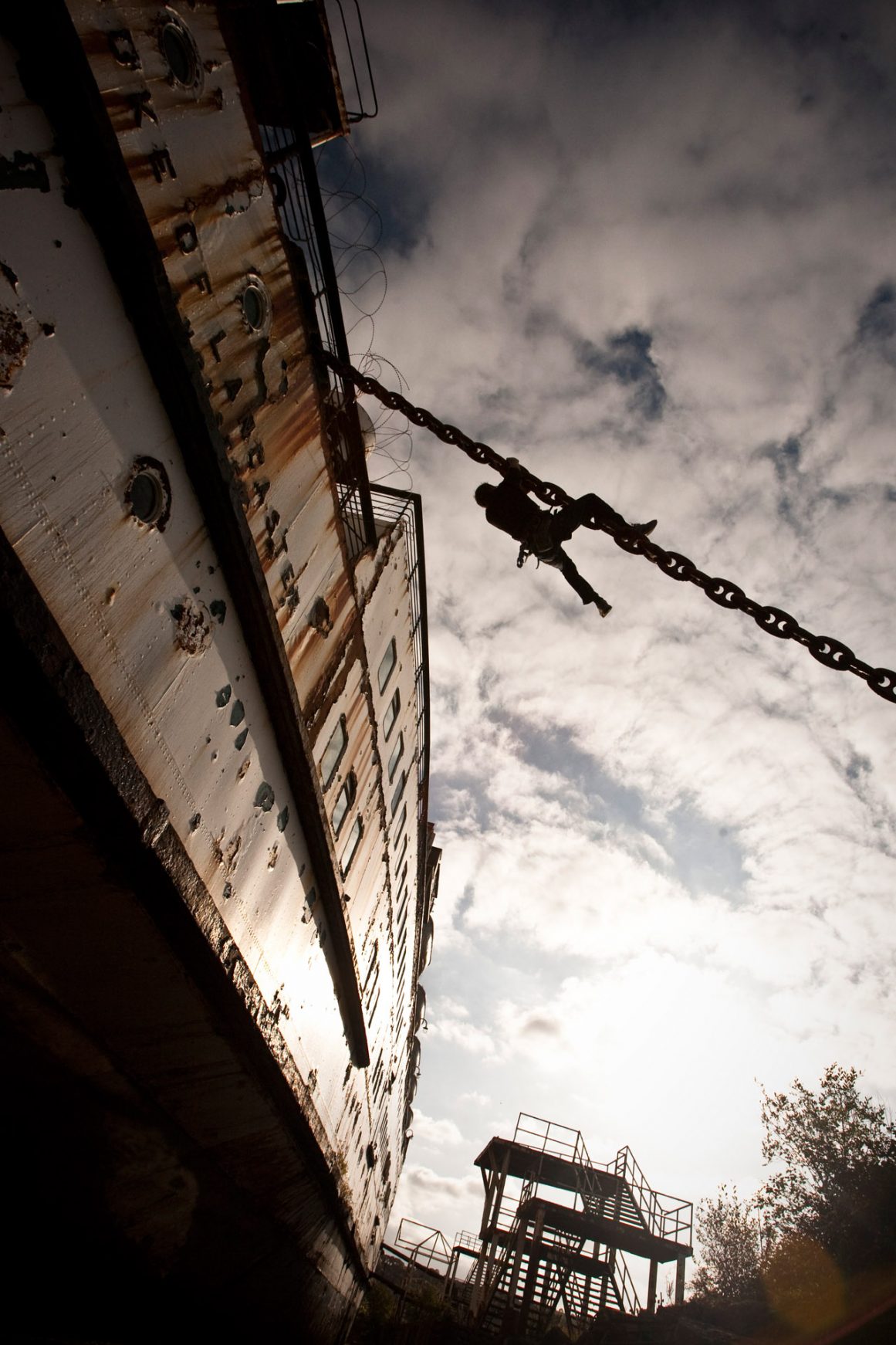